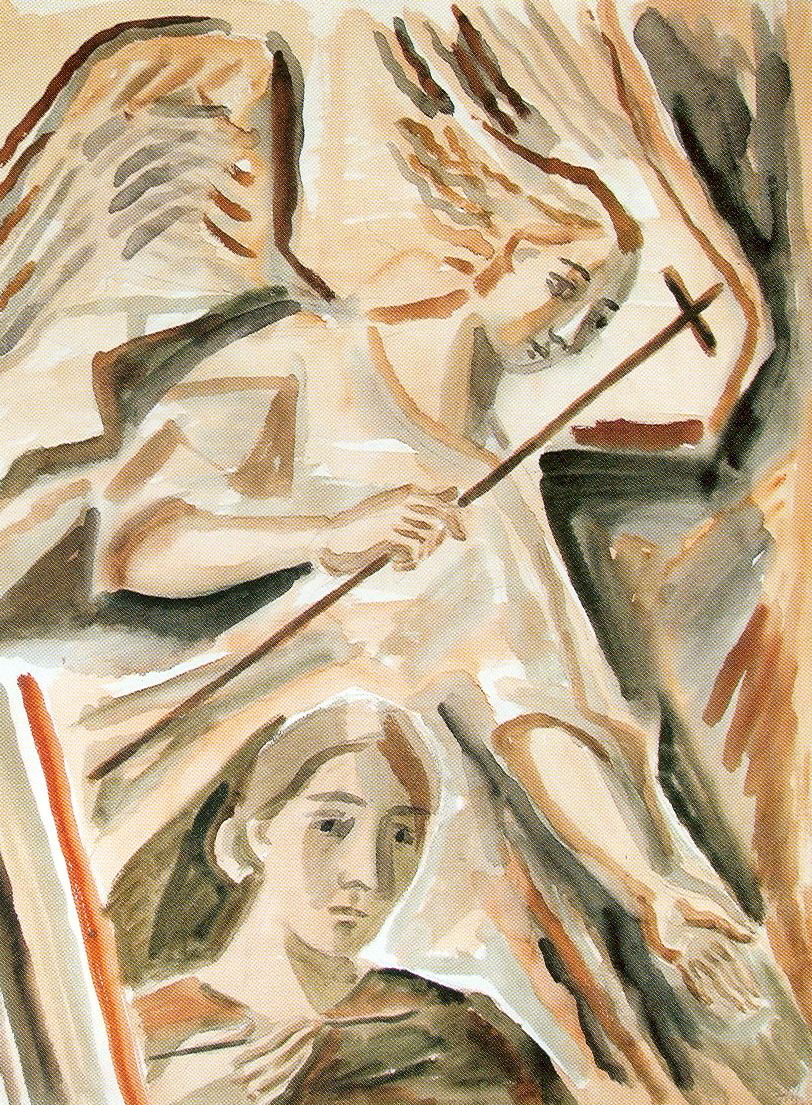 E. Zharenova. Self portrait with an angel. 2000. Watercolor on paper

The exposition will be about 100 watercolors painted in 2000-2017 - landscapes, portraits, still lifes. This is a vast, interesting part of the work of a wonderful master, organically connected with all her art.

The work of Eleanor Zharenova represents an entire era and is widely known in Russia and abroad. Her works are in the State Tretyakov Gallery, the State Russian Museum, in the museums of Kursk, Tver, Yaroslavl, Vologda, Penza, Ulan-Ude, Rostov-on-Don, Ivanov and other cities of Russia. And also in China, Japan, Spain, Israel, Italy, the USA and others. Contemporaries call it “the Amazon of Russian painting, Russian monumental art”. In collaboration with her husband Vladimir Vasiltsov (1932–2008) she created many significant works of monumental art. Among them are the famous voluminous mosaic composition “Mobius strip” on the building of the Central Economics and Economics Institute of the Russian Academy of Sciences in Moscow, the Florentine mosaic “Ancient History of Moscow” at the Nagatinskaya metro station, a high relief with mosaics “Cosmos” and “Mathematics” on the facade of the TsNII MET in Kaluga and many other monumental works that have become an integral part of our lives. The style of her work embodied the artistic quest of the late 1950-1960 moves, also associated with the names of monumentalists A. Vasnetsov, V. Elkonin, graphic artist A. Goncharov, artists of the circle V. Favorsky. It was a time of discoveries, a rethinking of tradition, a time of a kind of artistic freedom, when a new artistic style, a new plastic language was formed in the creative communication of talented youth. 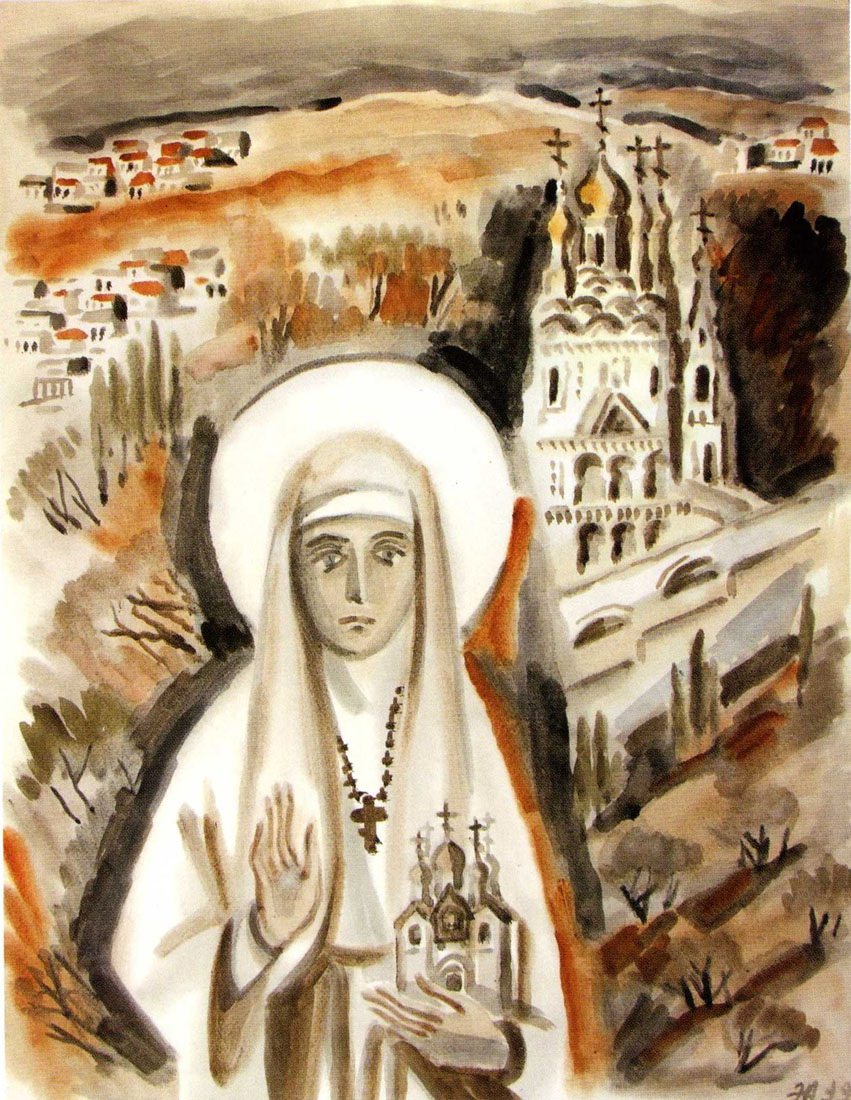 Eleanor Zharenova works a lot in the watercolor technique, considering it to be close to fresco painting. Watercolor gives her the opportunity to further translate ideas into easel and monumental art. The works presented in the exposition are only a small part of her work in this technique. The monumentalist’s watercolor “experiments” seem to document the various stages of the creative process, at the same time they are self-valuable author’s sheets, finished works, distinguished by their special color and interpretation of space. E. Zharenova herself considers the tradition in which she writes to be established not in the 50s of the 20th century, but much earlier. “The works were painted with earth colors - so always painted frescoes. Therefore, I do not have bright green, bright blue, but there is gold. I really like both Novgorod painting and Pskov painting, and Pskov even more - with its severity. I’m not actually a stern person, but my painting can be very concise, ”she notes. 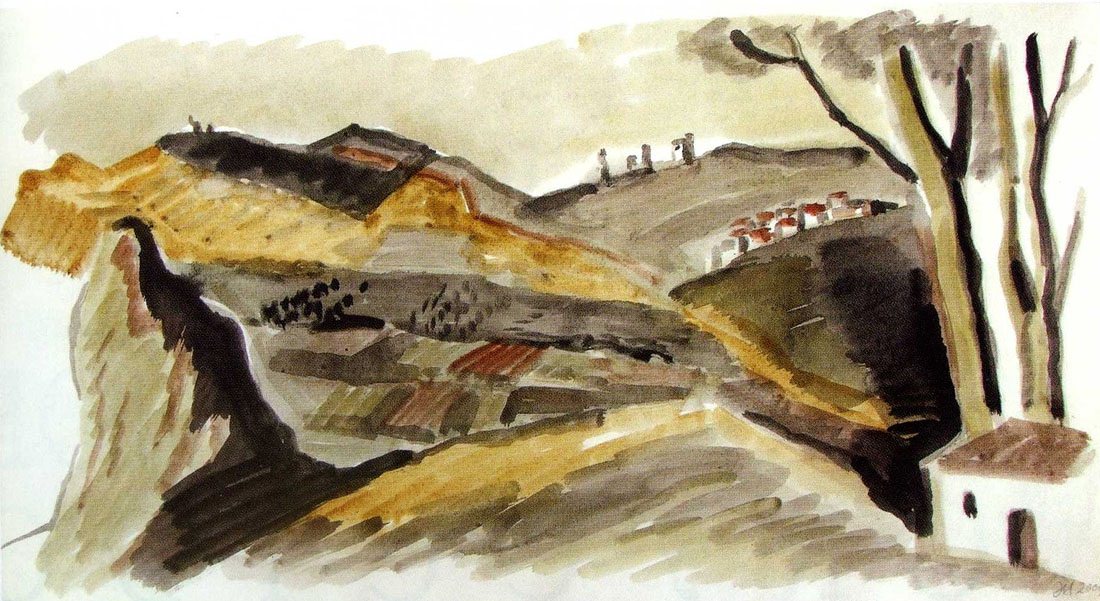 “Holy Land”, “Dance of Salome”, “Fire in the Village”, “Wormwood”, “Autumn” - the works of E. Zharenova cover a wide range of topics. In this case, the most ordinary plot is erected by her on the level of broad philosophical generalizations. Watercolor works open the viewer to a contemporary artist who thinks in terms of great art, drawing in his work on the experience of the masters of the past, who embodied in their works a picture of a visible and intelligible world. 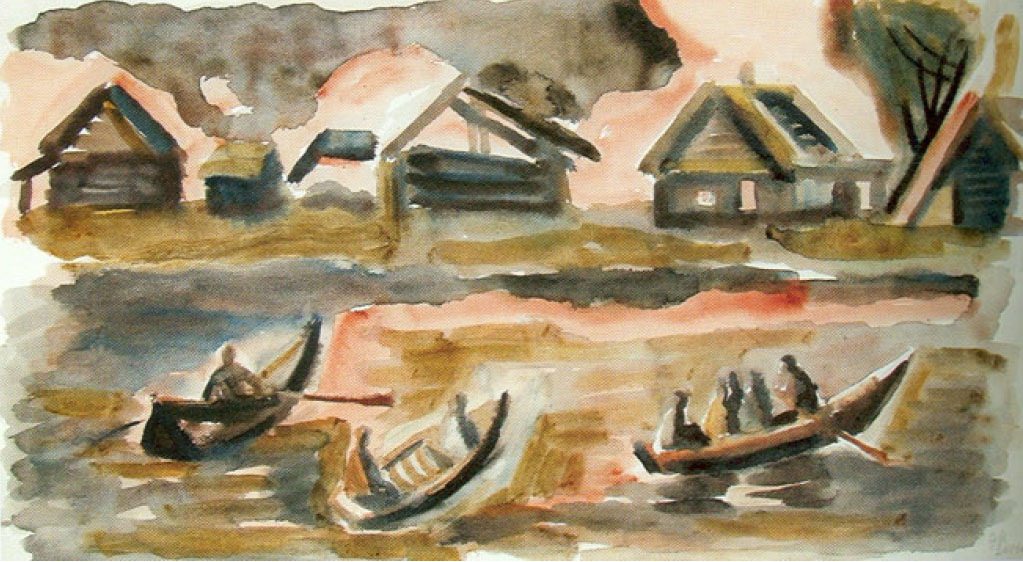