On February 8, at 19:00, the Lumiere Brothers Center for Photography will host a meeting with world-renowned fashion photographer Denis Piel as part of his personal of the exhibition “Freeze frame. Fashion photography ” , which opens on that day in the Small Hall of the Center. At the meeting, you can ask the photographer questions about his work, experience of cooperation with world famous fashion magazines and large corporations. 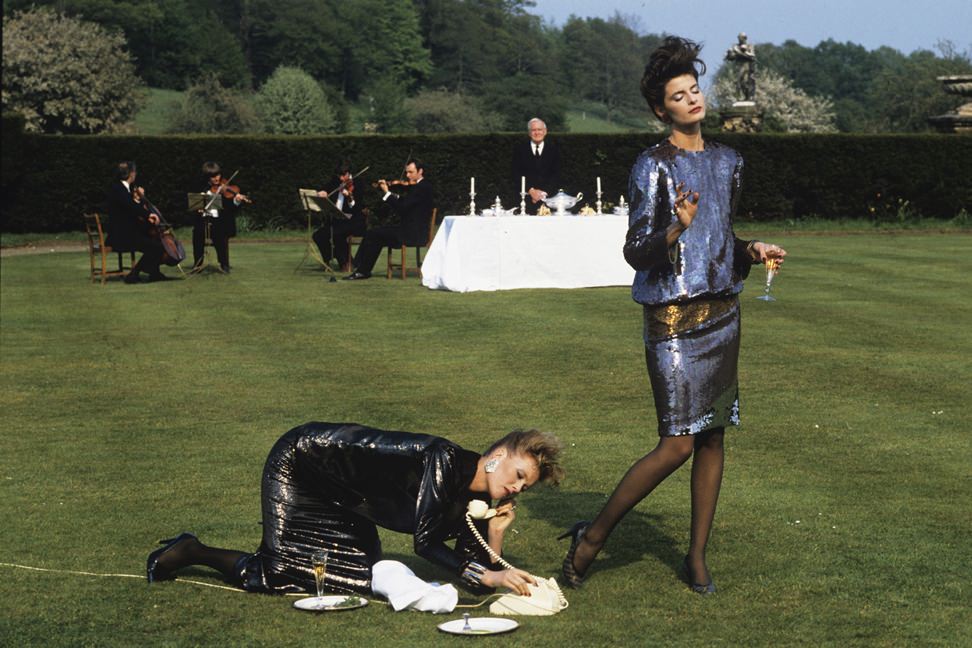 Denis Peel, a world-famous fashion photographer and director, was born in France on March 1, 1944, spent his childhood in Australia, and received his education in the United States. Peel began his career in Brisbane in Australia as a printing assistant in 1961, then worked as an assistant in a commercial photo studio and as a photographer in a print shop. By 1966, he opened his own studio. Then he moves to Melbourne, begins working for Vogue Australia and POL magazine. POL Editor Robert Beyty became Denis Peel’s mentor and encouraged him to move abroad. In the 70s, Peel lives in Paris, London and Milan and Hamburg. He finds a new mentor in the person of Pierre Levallois from Votre Beauté, who gave him regular assignments and encouraged him in art projects. Saw’s work begins to appear in Elle, Marie Claire, Votre Beauté and in the advertising section of the French Vogue, as well as in numerous publications in the UK, Germany and Italy. In the advertising business, Denis works with corporations such as Coca-Cola and the perfume house Molyneux.

In the late 70s, Peel’s desire to explore new horizons led to his first appointment in the States in the New York Times Magazine. This shoot in 1979 caught the attention of Alexander Lieberman, editor of Condé Nast, after which Peel was offered an exclusive contract. In the 80s, Peel moved to New York, where he is called one of the “geeks” of American fashion photography. According to Liebermann, having challenged Vogue, he brought sensuality and eroticism with his photographs, which became his calling card, and his directorial approach, combined the intimate narrative and the images that he created. Then Denis Peel begins to direct commercials and collaborate with the Donna Karan brand. In 1987, Peel was awarded the Leica Medal of Excellence for Commercial Photography. In 1989, Peel left Condé Nast to concentrate on the movie, he founded the production agency Jupiter Films. Then he works in the cinema and periodically returns to photography.