The exhibition features clocks and snuff boxes of famous European masters from the collection of the Historical Museum. At the height of their fashion, these decorative arts and crafts were a necessary part of the dress, emphasizing the style, sense of taste and social status of their owner. Masters of different specialties worked on their creation: watchmakers, chasers, engravers, enamellers, embodying the latest achievements of their time. 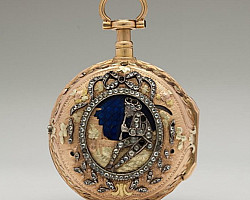 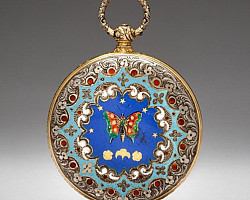 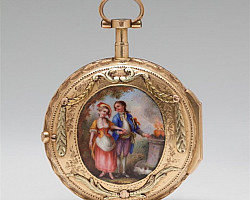 “Among the many diverse collections that are in the Historical Museum, the Precious Metals Department contains a significant collection of precious watches, snuff boxes and boxes, which has been formed over 150 years. The overwhelming majority of it are items from the collection of Pyotr Ivanovich Shchukin, one of the largest Moscow collectors of the late 19th - early 20th centuries. As part of this exhibition, we will show the most striking and rare pieces of jewelry art, ”says director Alexei Levykin.

The first halls of the exhibition are dedicated to the art of watchmaking. In addition to the history of the appearance of the first mechanisms and the peculiarities of their work, here you can see the earliest watches in the museum collection - massive stagecoach watches made by the French master Bergier at the beginning of the 17th century. Around the 30s – 40s of the XIX century, thanks to a number of improvements, the watches acquired a flatter shape and low weight, and fashionistas began to wear them in a vest pocket using a chain made of precious metals. Ladies wore ring watches, and in the middle of the 19th century, bracelets with watches inserted in the center instead of a precious stone and brooches with a watch suspended on a thin chain came into fashion. Using the example of these objects of decorative and applied art, one can trace how the fashion, taste and preferences of their owners have changed.

The collection of the Historical Museum is represented by a number of precious watches of famous watchmakers, but the most significant place is occupied by the watches of the world famous French brand "Breguet", whose role can hardly be overestimated in the history of the formation and development of watchmaking. Abraham Louis Breguet is a genius master, known for important discoveries in the field of mechanics and physics, with his innovative concepts far ahead of his time. One of his most famous and significant inventions is the tourbillon - a mechanism that compensates for the influence of gravity on the accuracy of the watch. According to archival data, the owners of Breguet watches were Emperors Alexander I, Nicholas I and Nicholas II, and many representatives of Russian aristocratic families became clients of the company. Russia remained one of the leading sales markets for the Breguet firm until 1917.

In the last hall of the exposition there are bonbonnieres, caskets, toilet boxes and snuff boxes. In Europe, tobacco appeared at the end of the 15th century and was used as a medicine. Only in the 18th century did the use of tobacco become an integral part of court etiquette, and snuff-boxes became one of the most sought-after items of the courtly age: they were passionately collected, sought as a gift or as a grant. It was not only an object of a certain utilitarian purpose, but also an irreplaceable ceremonial attribute that required the owner to masterfully master the language of gesture, gaze, fan movement, the language of flies and flowers. Among the exhibits are various snuff boxes made of precious metals, porcelain, turtle shell and rare rocks.