February 16 at 16:00 in the Kaluga Museum of Fine Arts (Lenin St., 103) opens the author’s photo exhibition by Igor Zhgilev "Nonrandom images of the Land of the Rising Sun." 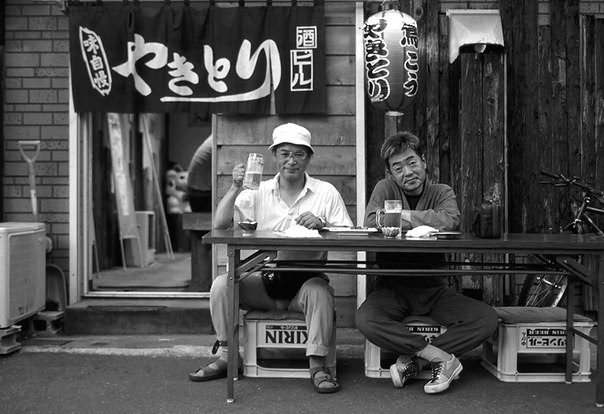 Igor Zhgilev was born and lives in Moscow. He is a lawyer by training, an artist by calling, a soul traveler and a romantic. He became addicted to photography as a child, taking this passion from his father, who had been a cameraman for a long time at the Central Studio of Documentary Films and the Central Studio of Popular and Educational Films. In addition, his father was a photographer and cameraman during the Great Patriotic War.

Photos of the Russian photo master were published in popular Japanese and Australian publications. One of them graced the cover of an advertising magazine issued for the opening of the Yosokoi Soran Dance Festival (Sapporo, Japan) with a circulation of 4 million copies. The Tokyo Museum of Photography exhibits his work. Igor Zhgilev repeatedly became the prize winner of the competitions held by the Fuji Film company.

Zhgilev has over twenty personal exhibitions in Russia: in Moscow and Nizhny Novgorod, in Japan: in the cities of Sapporo, Asahikawa, Otaru, Aomori, Akita, Sendai, Niigata and others. Authors photo exhibitions in Australia were very successful.

The exhibition presents photographs created in 2002-2007 in Japan, where the author lived at that time. They reflect the most diverse aspects of the national culture and traditions of this amazingly distinctive country, where each island is like a state in a state. The focus of the exposition is people. Japanese of all ages - from small children to centenarians who radiate happiness, joy and love of life. Men and women. People of different professions - from the shoe maker to the priest. In portraits, in event, everyday and genre scenes, a diverse kaleidoscope of colorful Japanese personalities appears. By the way, a genre portrait is one of the most difficult genres of photography. It combines such components of art photography as genuine emotions, sincerity of feelings and realism.

And also in Japan, amazing nature. Impressive landscape shots of amazingly beautiful waterfalls, beautiful blue-eyed lakes… And, of course, the famous sakura and unusual Japanese maples. For photography lovers this is a real gift.

And for professionals, the exposition is interesting with experimental photographs taken using multi-exposure and zooming. Perhaps the most valuable thing is that the frames were shot in an analogous way by a film camera using black-and-white and color films, as well as slides.

“Emotions! Emotions are what photography is required to evoke. The viewer should not remain indifferent to her. Photography is a microfilm about fate, life, work and happiness. My inspiration has always been and remains the French photographer Robert Doisneau. His work has never left me indifferent. They are filled with life and emotions. My partners are shadow, rain, snow and, of course, people. With their help, I try to create a mood and convey the emotions of the world. My professional experience suggests that photography is an art multiplied by a huge amount of work and exorbitant costs. Sometimes a work has to be created more than one month, many times capturing the same shot, ” says the author.

The exhibition will run from February 16 to March 31, 2017 in the premises of the Information and Educational and Exhibition Center of the KIIA (103 Lenin St.).