"B / W. Favorites ”- another personal photo exhibition of Maxim Kireev. The simple and concise name speaks for itself, clearly indicating what will be discussed. And the fact that the famous Moscow artist, at his 55th birthday, addresses the origins of classical photography, its black and white image, is absolutely logical and logical. The chosen landscape genre is also logical, allowing the author to take an excursion into the past, to those countries and cities where he managed to visit (the exhibition, of course, does not show the complete geography of the artist’s travels), to recall the unique beauty and charm of those places. Relive again, experienced earlier feelings and emotions, mentally passing through already familiar places. 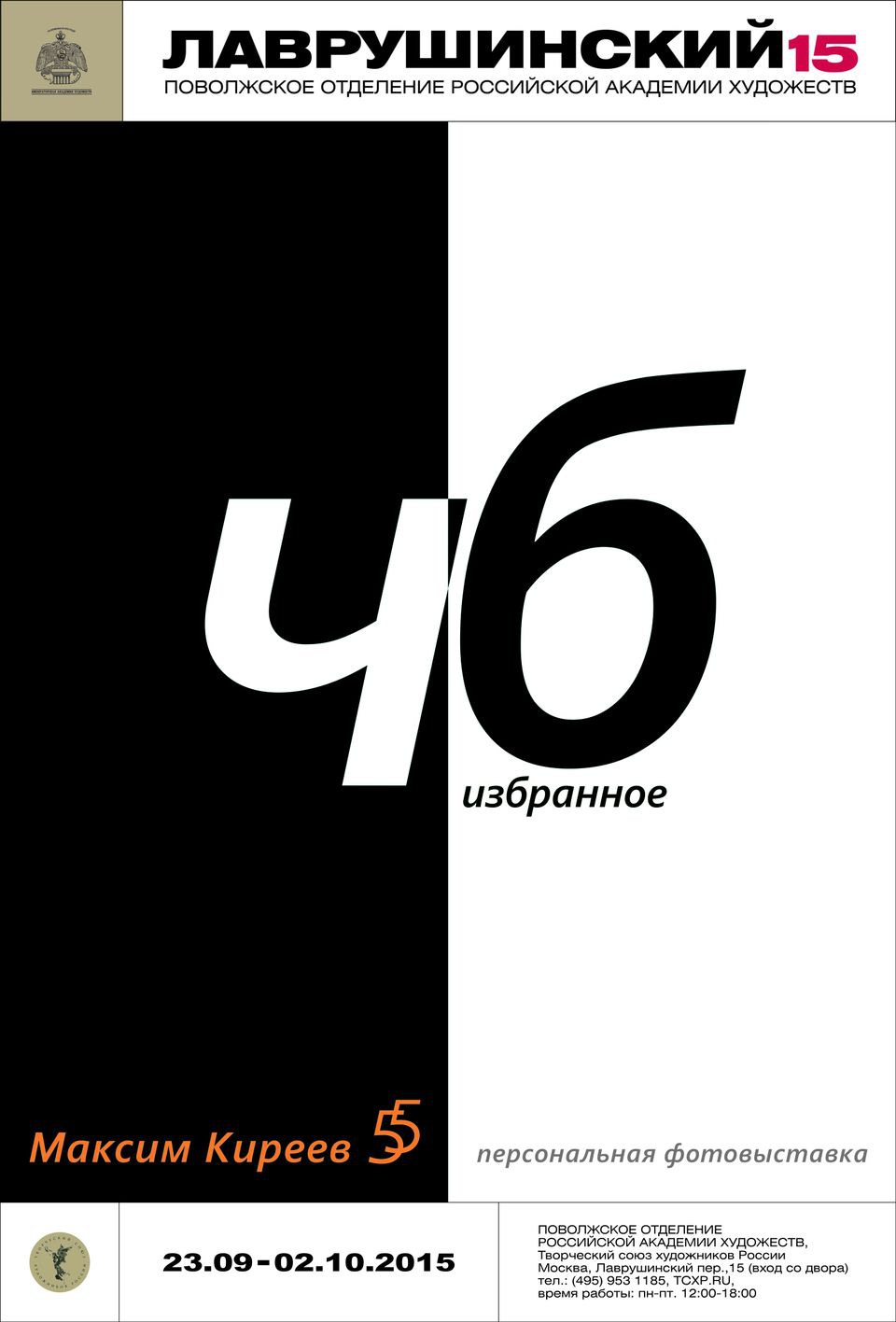 The exposition consists of thirty-six photographs depicting European and Russian cities. To the credit of the author, Maxim Kireev always carefully selects all the photographs for his exhibits. Thanks to such self-critical selection and a well-thought-out way of presentation, the artist most accurately expresses his attitude to the material being exhibited. He always sees himself not only as an author, but also as a spectator of his own works.

Photography, as the most democratic form of art, directly related to reality, allows the artist in his works to show this reality as an unstable process. After all, when reality appears before us in the form of a photograph, it already loses the status of objectivity. The snapshot ceases to show reality, it itself becomes reality, incorporating what is contained in the person who makes it: it is a process of cognition where feeling and perception are inseparable from each other. This is subjective realism, capable of telling more about the world than any documentary evidence. Here, conscious restraint in form and emotional appeal to what is seen act as determining the effective forces of photography. The author often strives in his works through minimizing means to achieve maximum expressiveness, remaining adherent to the artistic principles of his friend and teacher I. B. Porto, who believed that "art should not be verbose, it should be expressive with its forms, its lines, color, it should be restrained and worthy."

Photos of Maxim Kireev are distinguished by a clear organization and completeness of compositional solutions. And the works presented at this exhibition are no exception. This is not a nostalgic walk through documented fixed memorial sites. The photographic image here is a formulated memory. Since, according to Matthias Flygge, at the time of creating the picture, it is already the past. Both the world and the world of thoughts and feelings of the artist are fixed. The photograph turns the plot into a narrative in time, and the intonations of the author convey the experience and interest in what is happening both culturally and aesthetically. And here the personal contact of the viewer with each shot is important, where the author, in every single and unique frozen moment, tries to tell the whole story. And hardly any other of visual visual means is better than art photography to be suitable in order to reveal deeper levels of meaning of the surrounding world depicted by the artist.

Member of the Creative Union of Artists of Russia. Chairman of the art photo section of the TSH of Russia.
He graduated from the art and graphic faculty of Moscow State Pedagogical Institute. IN AND. Lenin. He studied with Dreznina V.A., Dudnik S.I., Tokareva V.V.
Graphic artist, engaged in graphic design and photography.
A regular participant in over one hundred and thirty art and photo exhibitions since 1986.

Works are in private collections in Russia, Great Britain, Germany, Spain and Israel.

Lives and works in Moscow.

Personal exhibition "B / W. Favorites »dedicated to the 55th anniversary of the artist