ON. Ivanov belongs to a wonderful galaxy of Moscow artists, whose career began in the 1960s. He was born in 1938. in Moscow. In 1963 he graduated from the Moscow Higher Industrial School of Arts (formerly Stroganovskoye), where he studied with famous masters: E. Belashova, G. Motovilova, G. Schulz. During his studies, he began to actively participate in art exhibitions. N. Ivanov, a sculptor of a wide creative range, is known as the author of easel and monumental works made in bronze, stone, wood, metal. High professionalism, following the traditions of the Russian realistic school and at the same time, modern plastic thinking create a special appeal of his work. 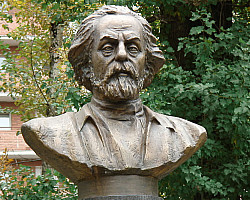 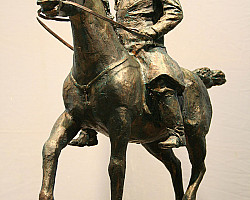 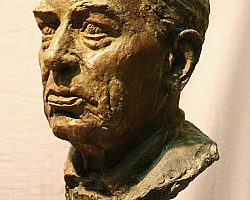 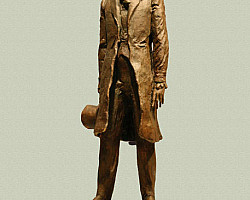 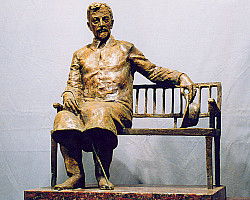 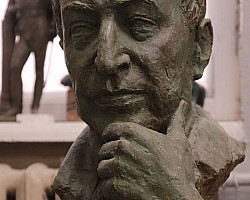 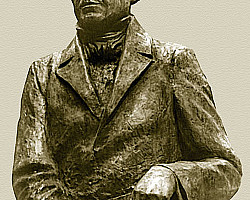 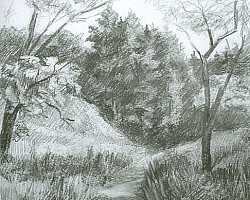 The exhibition “Russia and Russians” is a kind of part of a large-scale art cycle that spontaneously took shape throughout the artist’s creative activity, embodying his deepest feelings and spiritual priorities. Nikolai Ivanov created an extensive portrait gallery of the images of his contemporaries and outstanding historical figures, such as M. Lomonosov, E. Tsiolkovsky, M. Skobelev, composers N. Rimsky-Korsakov, S. Rachmaninov, M. Musorgsky, V. Gavrilin, writers A. Pushkin, N. Gogol, A. Kuprin, I. Bunin, A. Twardowski, Lieutenant General A. P. Afanasyev and many others. One of the works of recent years has become a monument - a bust of the Russian statesman and political figure E.M. Primakov. Free modeling in portraiture is combined with the precision and clarity of a plastic language.

The sculptor is the author of more than 10 monuments in Russian cities: K.A. Timiryazev - in the city of Kaluga, F. Tyutchev and I.P. Bardin - in Moscow, A. Fetu - in Orel, playwright A.N. Ostrovsky - in the city of Kineshma, “The first teacher” - in the city of Stavropol, “Those who died during the Great Patriotic War” - in the Arkhangelsk, Belgorod, Novosibirsk regions, as well as a number of memorial boards: Academician A.N. Tikhonov - in Moscow, to the merchant D.G. Burylin - the founder of the art museum in Ivanovo, Marc Chagall - in Vitebsk, the painter Efrem Zverkov in Moscow, etc.

Working on the sculpture, N. Ivanov knows how to see and select the main thing in the image, he convincingly builds the form, filling it with internal content and meaning. He is the author of the monuments to the Dagestanis who died in the civil and Great Patriotic War, the monument-stele in honor of the 250th anniversary of Kizlyar, the Kizlyar people who died during the Chechen events, Peter I in Kizlyar, V. Ya. Levashov, the founder of the city, etc. 1995 N. Ivanov was awarded the title "Honored Artist of the Republic of Dagestan."

N. Ivanov pays particular attention to the work on sculpture of small forms. These small-sized works have exceptional internal gravity. The artist created plastically convincing, sometimes ostentatious, marked by lively emotional intonation images of spiritually close people: actors B. Novikov and A. Papanov, director - animator V. Kotenochkin. In these works, the sculptor’s ability to combine the living immediacy of the gesture, facial expressions, human plastics with the verified completeness of the artistic image is manifested. In such works as Sergei Diaghilev, he successfully develops the genre of compositional portraiture, showing a person at the time of creative creation.

Along with work on sculptures, the artist is engaged in painting and drawing, participates in trips to open air in different regions of Russia. His drawings: “Vereya”, “Edge”, “Night in the South”, “High Water”, etc. are marked by subtle lyricism and immediacy of perception.

N. Ivanov successfully combines creative work with teaching, is a professor at the Moscow State Art and Industry Academy named after S.G. Stroganova. The works of N. Ivanov are in the collections of many museums, art galleries and private collections in our country and abroad. The artist was awarded honorary professional and public awards.