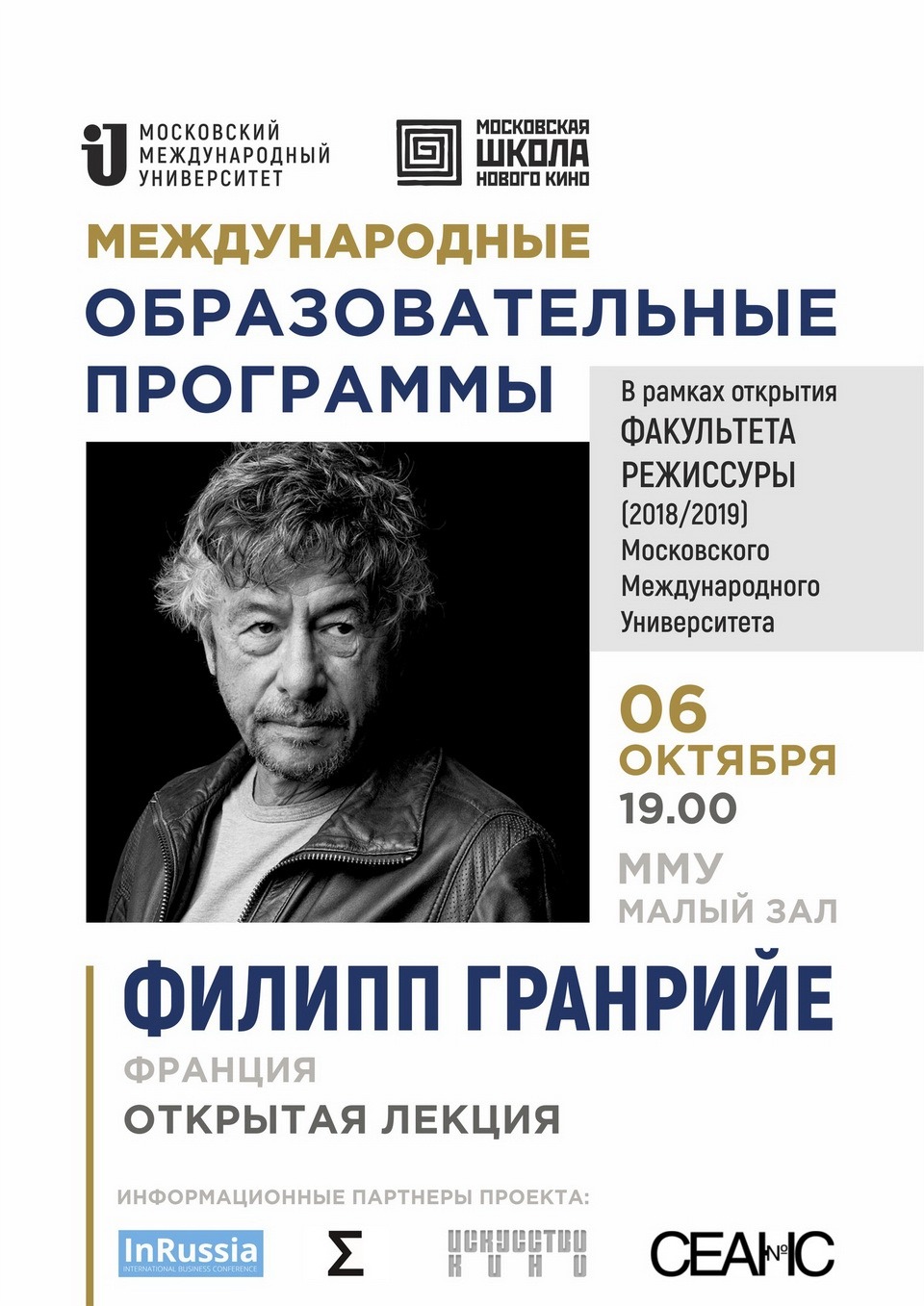 In anticipation of this event, a series of open events will be held at MMU, representing the educational programs of new faculties.

On October 6, as part of the presentation of the Department of Directing (2018/2019), an open lecture by the French director PHILIPPE GRANRIIE will be held at MMU.

The lecture will be held with the support of the Moscow School of New Cinema (MSCC).

PHILIPPE GRANRIEU - French filmmaker, one of the best directors of the new French cinema, working at the intersection of image, word and plastic. Lecturer at the Moscow School of New Cinema. He graduated from the Higher National Institute of Spectacular Arts and Communication Techniques (FR. INSAS, Brussels). Filmed documentaries and videos, experimenting with image and sound. He worked at the French National Institute of Audiovisual Communications (FR INA). He taught at the Higher School of Cinematographic Research and the Higher National School of Fine Arts in Paris. A retrospective of the Granrio films was introduced in 2008 in Tokyo and London. Member of the Venice Film Festival.

Registration for the lecture: https://mshnk.timepad.ru/event/580150/

From October to February, four open workshops will be held at MMU with the participation of prominent foreign masters, classics of contemporary author’s cinema: Albert Serra, Phillipp Granriye, Fred Kelemen and Isabelle Stever.

Follow the information on the MMU website (www.interun.ru) or in the social. networks of MMU and MBSK.

In addition to the educational part, the KARO-Oktyabr cinema, as well as the Garage Museum of Modern Art, will show new films by directors - with directorial and cameraman analysis of each work.

The cultural representations of countries are involved in the implementation of each workshop.