Start of the project "Angara region. Imagining the present"

Irkutsk Regional Art Museum begins the implementation of a large-scale exhibition project “Angara. Imagining the present. ” Recall that in the spring of 2016 this project of the museum became the winner in the nomination “Exposition” of the grant competition of the Russian Cultural Foundation “Genius of the place. New local history. "

The project curator, the head of the development of small museums of the State Tretyakov Gallery Tatyana Gafar visited Irkutsk to discuss the details, get acquainted with the exhibition site, and pre-select works for the exhibition. Today, she and the director of the museum, Natalya Sysoeva, took part in a press conference that took place at the location of the future exhibition - in the Gallery of Siberian Art, ul. Karl Marx, 23.

Project “Angara region. Imagining the present ”is an opportunity to declare the role and place of an art museum in regional cultural policy, to find a new approach to exhibiting Russian art in the second half of the 20th century. The current world of Siberia, its potential, ambitions and public mood are largely shaped by the stage of forced industrialization that took place in the 1950-1970s. During this period, the Irkutsk Museum of Art basically formed a collection of paintings from the second half of the 20th century, including both works by local artists and the country’s largest masters, who captured the grandiose transformations in Siberia. This “golden age” is associated with both ambitions that are characteristic of social well-being in the cities of the region, and disappointments that occurred during the re-evaluation of the results in the new socio-economic reality, and the trauma of historical memory that resulted from radical transformations. 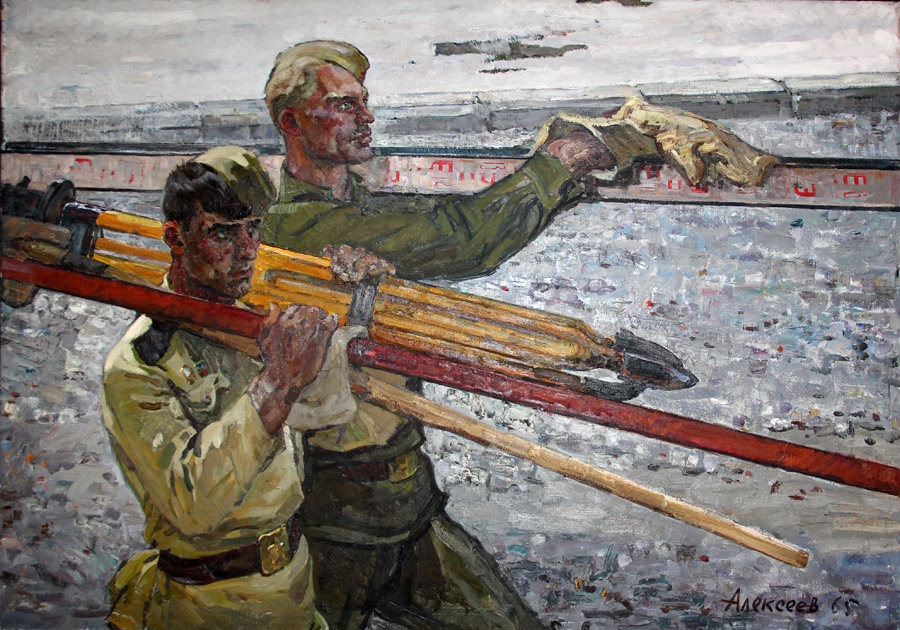 The basis of the exposition will be the work of Russian masters of painting from 1950-2000 from the collection of the Museum. V.P. Sukachev. Among them are such famous names as Arkady Vychugzhanin, Anatoly Alekseev, Vladimir Tetenkin, Gennady Bogdanov, Anatoly Kostovsky, Arkady Guterson and others. In addition to the collection of fine art, the exhibition will also include archival and contemporary film materials, documents, recorded oral histories, and memoirs of contemporaries. Just as it was announced at a press conference, an assignment will be formed in the near future, and in January a competition among designers for the development of the concept of the exhibition space will be announced.

The exposition is scheduled to begin in the second half of 2017.