April 15 in the Main building of the museum (Lenin St., 5) opens the exhibition "Palette, scorched by the war." The exposition is dedicated to the celebration of Victory Day in the Great Patriotic War and includes paintings, drawings and sculptures by front-line artists whose anniversaries and round dates fell on 2022. 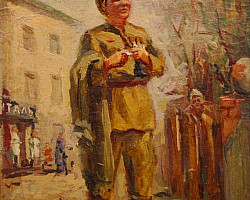 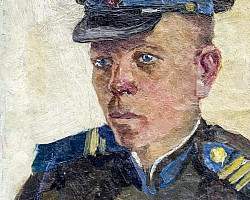 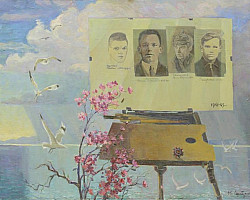 The Irkutsk Art Museum has an impressive collection of works by artists who participated in the Great Patriotic War. Each of them has their own destiny, but all of them are united by the memory of the war. Alexander Krylov (1912-1996) graduated from the All-Russian Academy of Arts and after the war came to teach at the Irkutsk Art College, educated several generations of talented Irkutsk artists. Arkady Guterzon (1922–1981) studied at the Vitebsk Art College. After the war, having moved to Irkutsk, he actively participated in art exhibitions. Yevgeny Shpirko (1922-2014) and Mikhail Bodnaryuk (1922-1997) are graduates of the Irkutsk Art College, together with Mikhail Tarasov (1912-1995) after the war they worked in the Irkutsk branch of the Art Fund. Sculptor Boris Gorlach (1917-2009) came to Irkutsk after studying at the Leningrad Institute of Painting, Sculpture and Architecture. I. E. Repina. In Irkutsk, a monument was erected as a sign of Russian-Chinese friendship by Gorlach.

The exhibition "The Palette Scorched by War" will run in the Main Museum Building (5 Lenina St.) until June 12. Phone for inquiries and appointments for excursions: 34-01-46. We remind you of the need to observe the mask regime and social distance when visiting the museum.