Vasily Nikolaev "The space of myth"

In the creative biography of the Ryazan artist Vasily Nikolaev, a personal exhibition in the halls of the Russian Academy of Arts is a landmark event, a kind of culmination of professional activity. For forty years, personal exhibitions have remained for him the most acceptable form of understanding and re-evaluating the created, noting certain milestones in the artist’s creative search. To date, there are more than three dozen such exhibitions. The geography of their display is very wide - from Ryazan and Moscow to the cities of Germany, France, England in the west and Kazakhstan in the east.

Vasily Ivanovich Nikolaev was born in 1951 in Kiev. He graduated from the Ryazan Art College (1966–1970) and the Kiev State Art Institute (1970–1976). In 19776, having returned to Ryazan, for seven years he taught special disciplines at the Ryazan Art College. Then he began to participate in exhibitions of various ranks: All-Union, All-Russian, regional, regional. 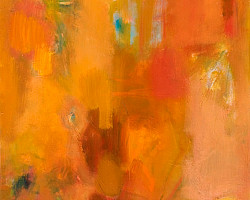 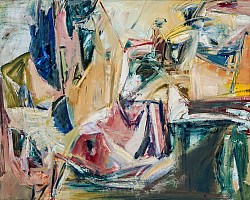 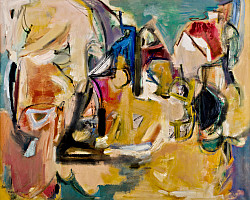 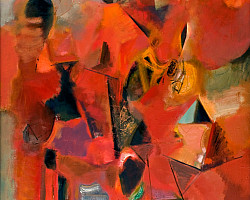 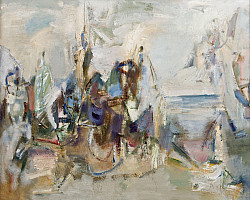 Having successfully made his debut as an author of paintings and portraits, which in style coincided with the searches of artists of the 1970s, a decade later, the artist chose to choose an individual path of subjective experience, relying on his own instinct, taste and erudition. At the turn of the 1980–1990s, Nikolaev’s work clearly revealed a range of themes and imaginative solutions, very indirectly related to current everyday life. Heroes of mythology, the saints of the Middle Ages, desolate and anxious city views and metaphorical still lifes marked the author’s transition to a reality that exists not in sensory experience, but in cultural memory. Reflections on the greatness of civilizations that have gone into the past, on the loss of wholeness and completeness of being, have received a personal interpretation in the artist’s works, not pretending to the pathos of public dialogue, but devoid of contemplative calmness.

Over the past two decades, mythology, music and theater have been an inextricable thematic trinity in the work of Vasily Nikolaev. Like fragments of the bygone eras that have come down to us, according to which a complex, contradictory interpretation of the past develops, the series of the artist’s works simultaneously present gospel stories, characters of ancient mythology, ancient buildings. As a rule, they are made as a recognizable, but blurred in memory image.

Remaining an adherent of oil technology, Nikolaev increasingly refuses figurative painting, creating in his compositions a world of pure color rhythms. A diverse textured surface development in his canvases is associated with the dramaturgy of a specific image - lyrically contemplative or dramatic-intense.

Each century compares with the past its own experience, creates its own myths. The past has no clear boundaries. Perhaps that is why, in the series of works of Nikolaev there is no hard script. The abstract artistic language of his works of recent years is a gesture of high confidence in the viewer, in which the author assumes an artistic flair, the ability to empathize with erudition.