From April 20 to July 10, the Classical Photography Gallery will host an exhibition of photographer Anant Das "Eight million four hundred thousand steps." The exposition includes 50 landscapes, portraits and genre scenes from the life of India, in which the author skillfully transforms a documentary photo into an artistic one. Most of the pictures were taken in the small provincial town of Vrindavan, which is one of the largest places of pilgrimage and the spiritual heart of India. 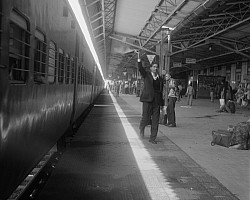 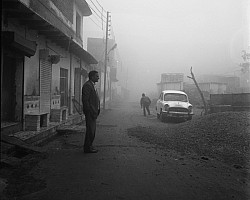 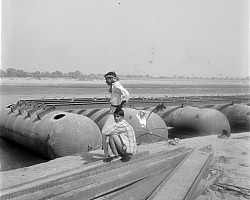 Ananta Dasa spent about 30 years in this country, adopting the traditions, practices and habits of Hindus. This gave him the opportunity to look into the hearts and souls of the locals and capture his discoveries photographically. That is why his photographs cannot be called the usual view of a European person on India and Indians. This is an inside look at the simple and beautiful life of people, which is impossible for an ordinary tourist, rushing through countries and cultures with his camera always ready. Sometimes you have to put away the camera and just live with these people, become one of them. Only then: at the crucial moment of revelation, can you afford to pull out your camera and capture the daily lives of these people.

“Many years ago, I brought my photographs to someone close to me. He looked at them and said an amazing phrase: "This is a window to another world." Therefore, I am glad that everyone has such an opportunity to look into another world, and how you will see it is another question, ”says the photographer.

Das’s works are unique in that they are not staged, people practically do not smile at them, as in ordinary tourist photographs from the country of maharajas and snake charmers. One gets the impression that these pictures could have been taken in any other country in the world, and the snatched moments happened once a very long time ago, and maybe they will only happen in the future.

“According to the ideas of the ancient Indians, there are eight million four hundred thousand forms of life in the material universe. The human soul goes through evolution, being born and dying, until it acquires a divine form. I tried to convey a sense of unreality, the divine essence of what is happening, the sacred meaning of literally every breath, movement in space… ”, wrote Dasa.

The absence of temporal, geographical and ethnographic contexts, combined with black and white execution, gives an extraordinary depth to the works of the photographer. Another feature is the peculiar monumentality of his photographs, the play with plans, unexpected compositional solutions in which the author reveals completely different aspects of human existence to the viewer.

Ananta Dasa - real name Arkady Holopenko - was born on May 15, 1960. In 1983 he graduated from GITIS. In the 1990s, as a photographer, he collaborated with various publications around the world and made several documentaries. Lived and worked in India and the USA. On July 3, 2021, Dasa died in a Moscow hospital from the effects of Covid-19.