March 15, 2016 at 16.00 in the halls of the Russian Academy of Arts at the address: st. Prechistenka, 21 opens the exhibition "Dreams of Being." The exhibition includes paintings and drawings by Irina Lotova and ceramics of Rimma Lotova. 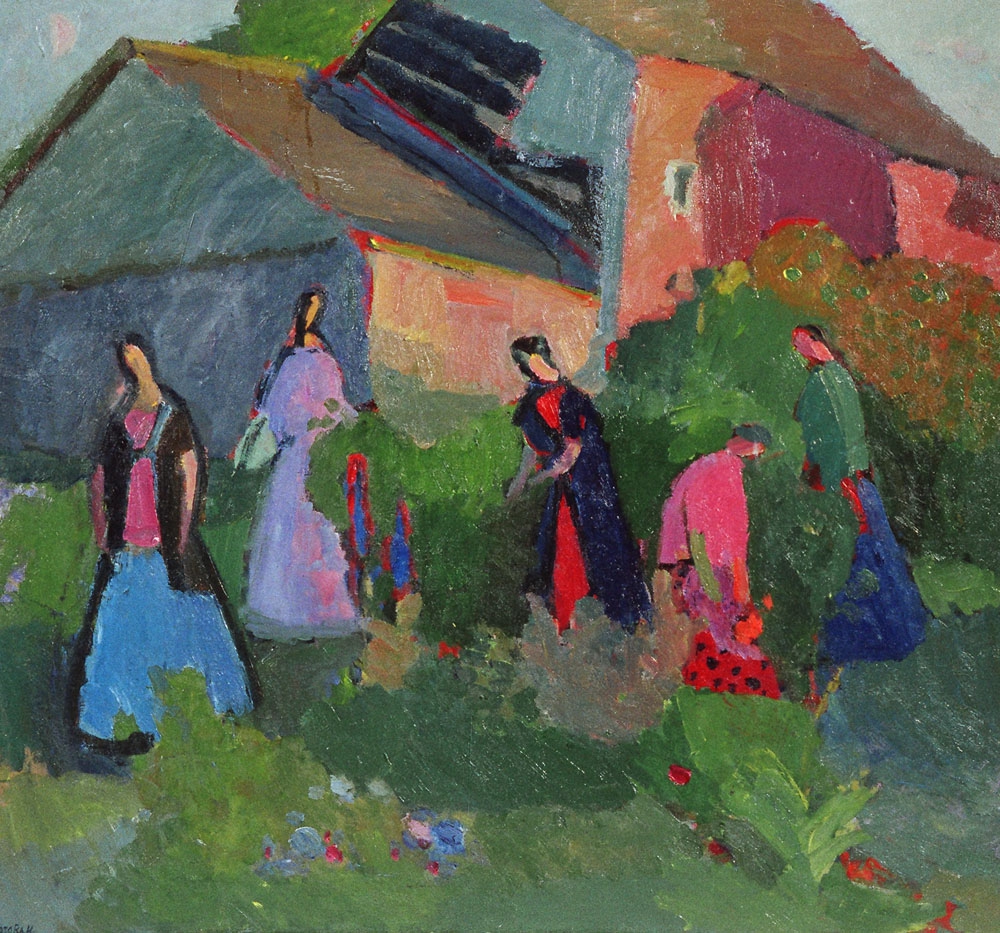 Irina Lotova was born in 1958 in a family of artists. Studied at Moscow Art School No. 1, graduated from the Moscow Academic Art School in memory of 1905. Since 1979, she participated in exhibitions, where her works attracted attention with a peculiar color vision, sharpened by decorativeness. Since 1982 - member of the Moscow Union of Artists. The artist had a special relationship with Pereslavl-Zalessky, where for several years she worked in the House of Creativity, and then her own house and garden near Pereslavl became her workshop.

I. Lotova calls her garden “an open-air workshop”, where she solves complex color problems in a light-air environment.

Irina Lotova prefers painting to compose. As an epigraph to the works, the artist herself is inclined to choose one of the names of her paintings - “Another reality”. The model of the ideal universe according to Lotova is a garden, a paradise, where nature appears in all its beauty, where unusual flowers bloom, where you can literally feel the aroma of flowers and herbs in the polyphony of colors, numerous nuances and shades.

In his fantasies, the master sends the viewer to the reconstruction of the Garden of Eden, Eden, a kind of prototype of the beginning of earthly life. In her world, beauty triumphs over the ordinary, and man does not oppose and does not dissolve in nature. They are one. 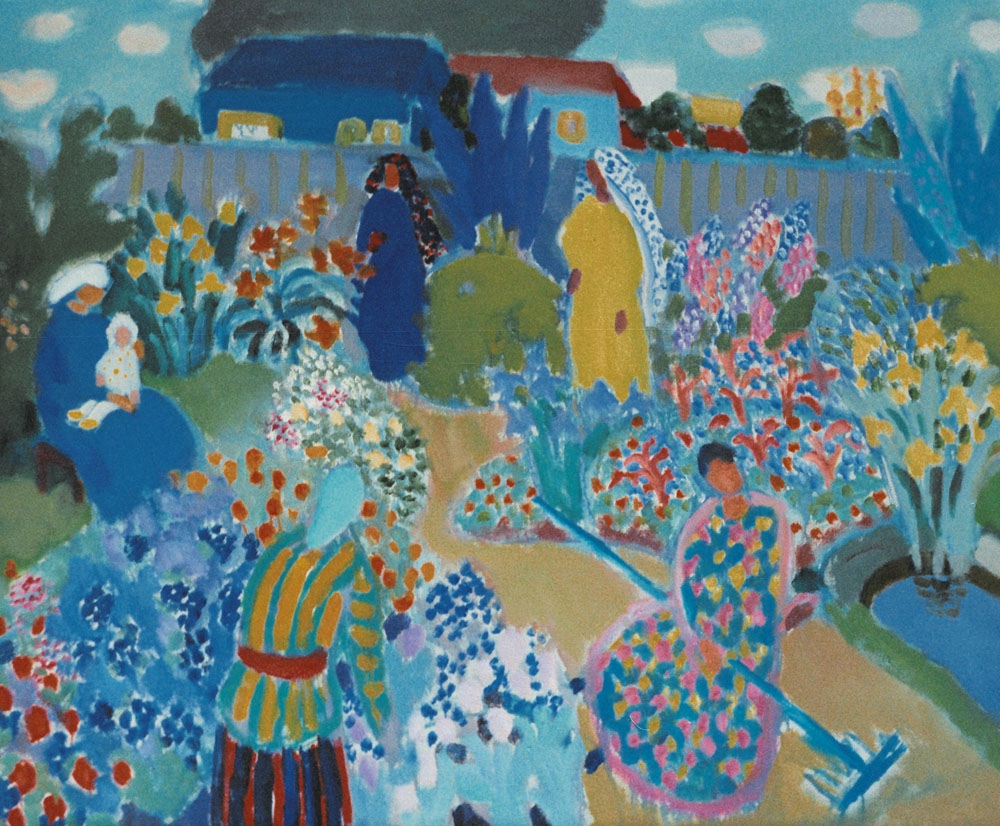 A great influence on the formation of the artist’s personality was made by French post-impressionists, the work of Russian artists - Vrubel, Borisov-Musatov, Pavel Kuznetsov. It is important to note one more feature dictated by the history of the family. Grandfather - a student of P. Utkin and grandmother, Saratov artists, not only conveyed to Irina the special aesthetics of Russian symbolism, but also that unique pictorial culture that went down in history as the “Blue Rose” association.

Lotova is sure that it is the art of the past that has far from exhausted itself and is capable of giving an impetus to the birth of a new one, the main thing is the desire for knowledge.

In the Moscow workshop, I. Lotov writes compositional interiors with figures, building them in real space and transforming them on canvas. 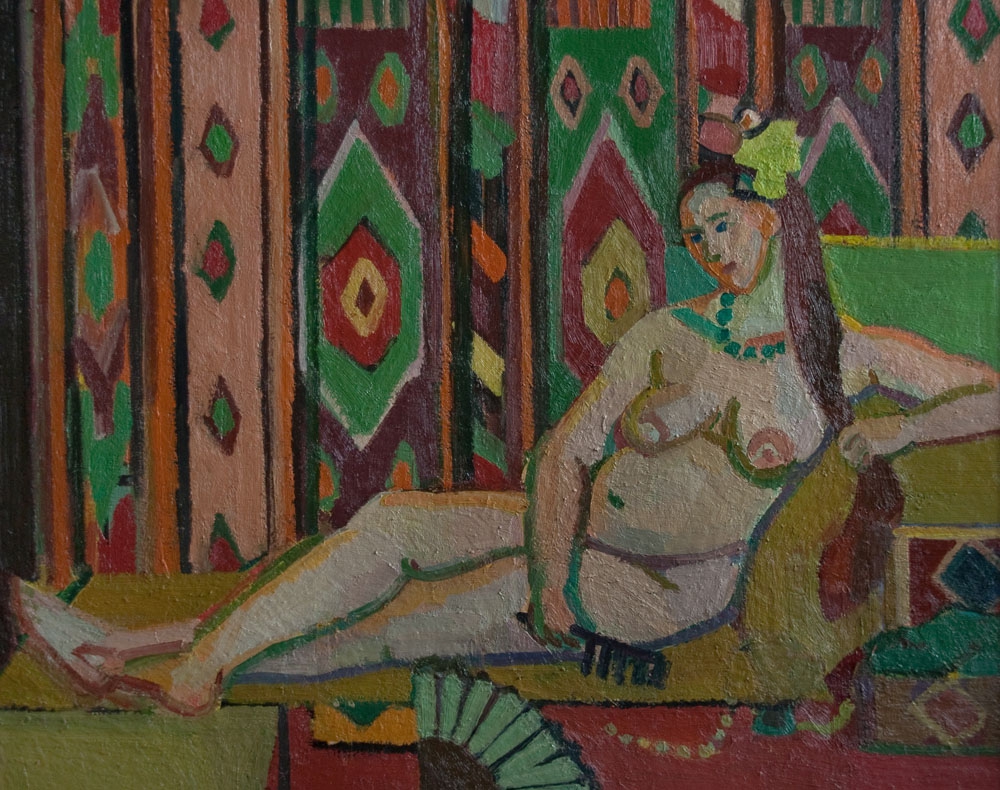 Nude on the background of the carpet. 2010

In the landscapes, interiors and abstract compositions of I. Lotova, female figures are often of great importance, often in long dresses and with fans, which she uses both to solve purely formal problems and to express a certain emotional state.

Ladies in crinolines, fans and bows on the artist’s canvases - this is a long-standing passion for the theater, and the possibility of a more complex coloristic and plastic construction of the picture. Theater for I. Lotova has a special meaning, understood as energy, the force by which ordinaryness submits. She loves “strange, wonderful things” that make it possible to go beyond the boundaries of the familiar.

A special atmosphere at the exhibition is created by the ceramics of Rimma Lotova. Her sincere, expressive work is imbued with a lyrical mood and a subtle sense of humor.

Rimma Lotova was born in 1930 in a family of painters. She graduated from the Leningrad Higher Industrial Art School. V.I. Mukhina. For many years she worked in monumental and landscape gardening sculpture. More than 20 years ago, when she began to live in a house near Pereslavl, she returned to plastic of small forms, to ceramics. Life in nature, in the garden, where everything is in motion, everything is changeable and diverse, where there are lots of impressions, completely changed the artist’s creative life.

The themes of R. Lotova’s works are related to her beloved city of Pereslavl, where she has repeatedly worked in creative groups, with life in the village. Lotova’s world of images is poetic and spiritual, the realities of the world are transformed by the artist’s imagination. The heroes of many of her works were animals that lived in their house. She is inspired by folk and naive art.

An important role in Lotov’s ceramics is played by color, with the help of which her images acquire an emotional sound.

In the poetic world of R. Lotova, the idea of ​​finding the Garden of Eden, a place where the soul feels peace and harmony, is also laid down.

The art of Rimma Lotova, filled with the joy of being, conveys a state of contemplation of beauty, love of all things on earth. 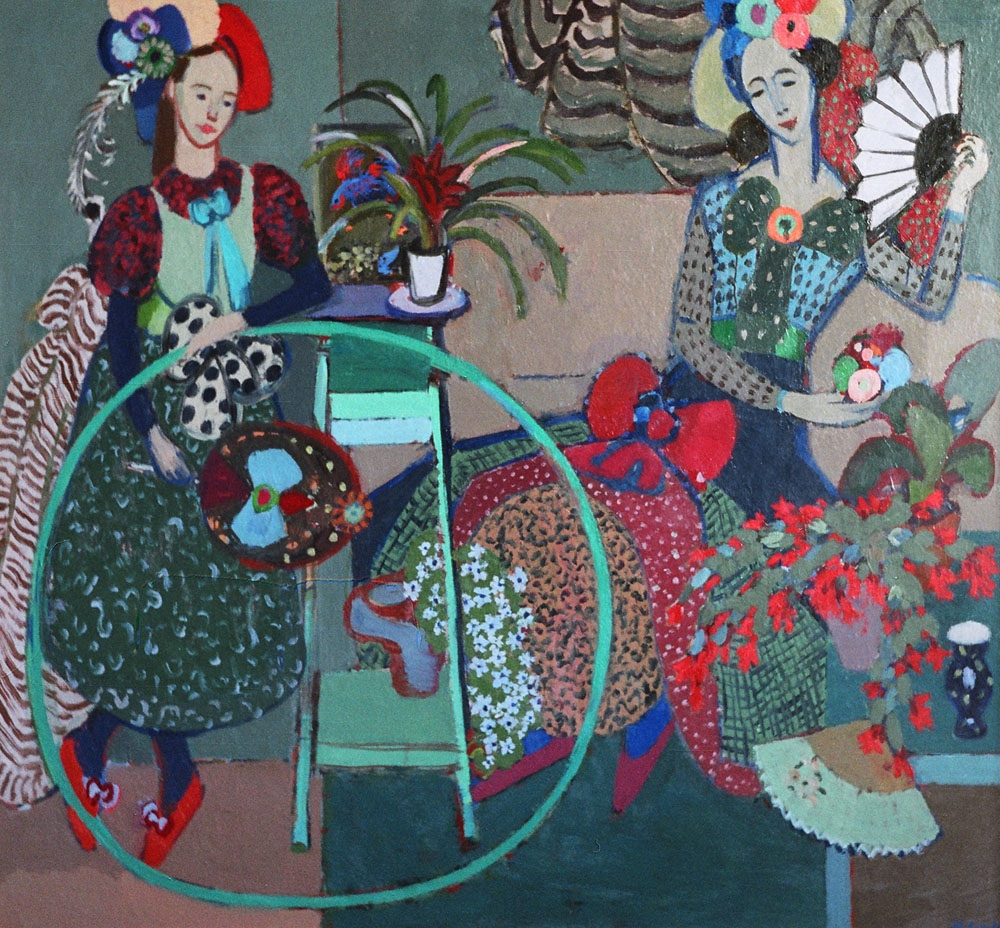 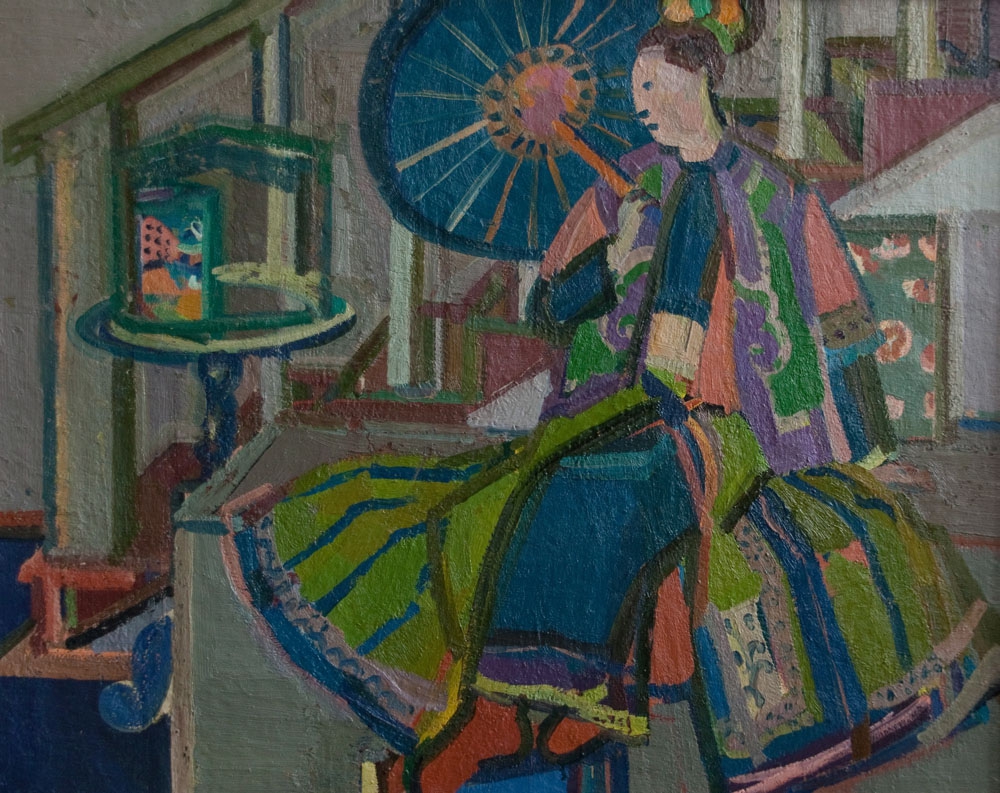 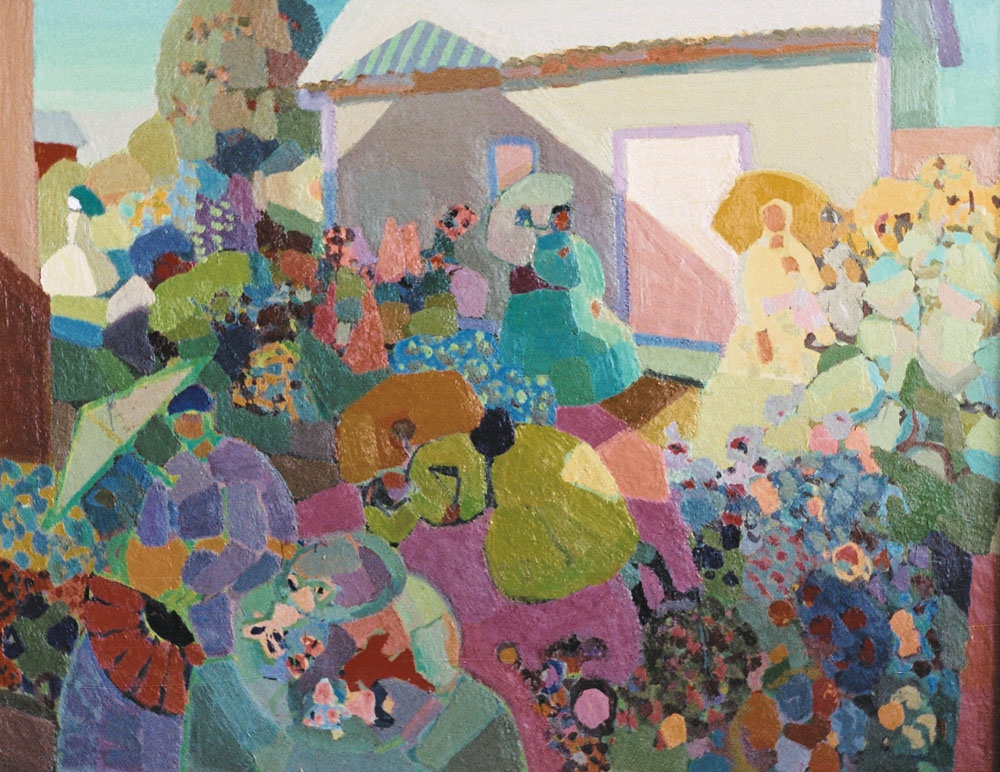 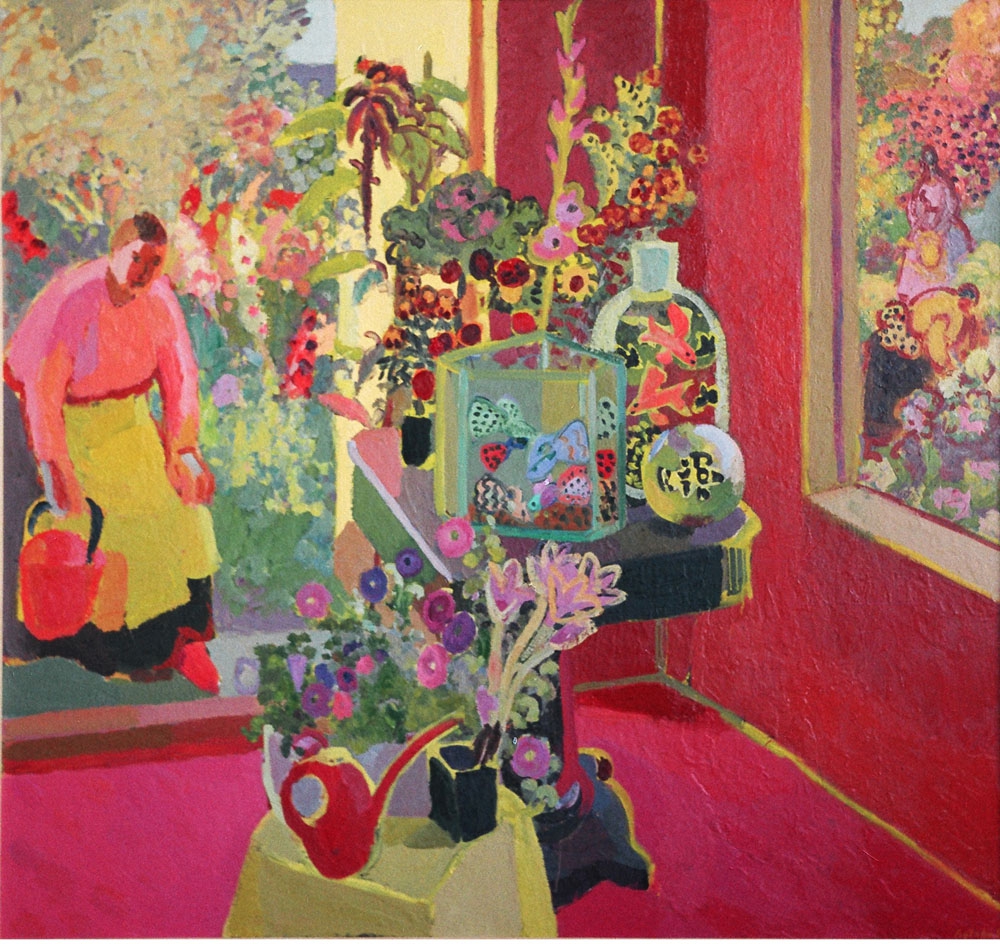