MOSCOW. Eight paintings and three drawings of the genius of the Renaissance Rafael Santi (Raffaello Sanzio da Urbino, 1483-1520) will be shown at the A. Pushkin State Museum of Fine Arts. The total value of the masterpieces is estimated at almost 500 million euros. The exhibition was organized with the support of the President of Russia and the President of the Italian Republic. The paintings that were brought to Moscow belong to museums and galleries in Italy, including the world famous Uffizi Gallery (Galleria degli Uffizi) in Florence and Pinacoteca Nazionale di Bologna in Bologna. Exposition “Raphael. The poetry of the image ”will work from September 13 to December 11 this year. 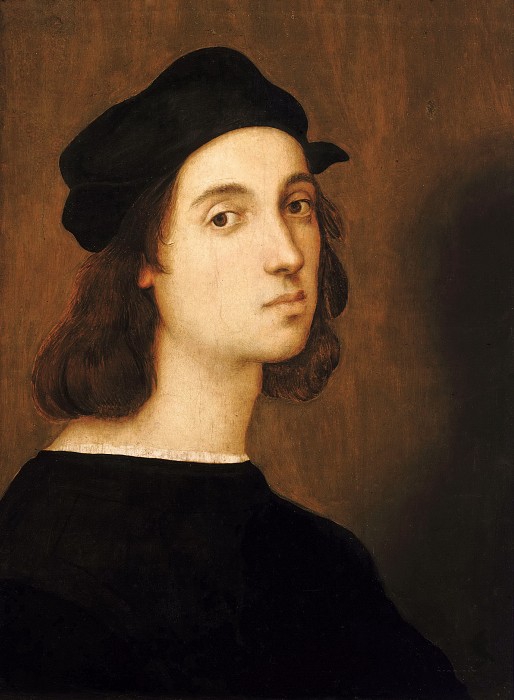 The organization of the exhibition was fraught with many difficulties: it was necessary to persuade several directors of the largest world museums at once to provide masterpieces from their collections, to find an insurer company. The director of the Pushkin Museum, Marina Loshak, is sure that without the support of Rosneft, the exhibition could not have taken place. The Italian Ambassador to Russia Cesare Maria Ragaglini agrees with her: “Over the next five years, organizing a similar exhibition will be very difficult. In 2020, marks 500 years since the death of Raphael and not a single museum can get these works for their exhibitions. ”

In the center of the exhibition is one of the artist’s main works - the famous “Self-portrait” (Autoritratto, 1504-1506) from the Uffizi collection. According to the ambassador, Raphael’s arrival in Moscow will be one of the most significant cultural events ever organized by the Italian embassy, ​​and the first major presentation of the brilliant Italian in Russia.

Rafael is one of the most famous Renaissance artists. He created a number of exceptional works, including the fresco "The School of Athens" (Scuola di Atene, 1509-1511) from the collection of the Vatican Museum (Musei Vaticani), the Sistine Madonna (Madonna Sistina, 1513-1514) from the Gallery of Old Masters in Dresden ( Gemäldegalerie Alte Meister), “Transfiguration” (Trasfigurazione, 1518-1520) from the Pinacoteca vaticana, Pinacoteca vaticana, Madonna del Granduca, 1504 from the “Palatine” gallery (Galleria Palatina) in Palazzo Pitti, Florence Madonna Belvedere "(Madonna del Belvedere, 1506) from the collection of the Museum of the History of Art in Vienna (Kunsthistorisches Museum Wien)," The Marriage of the Virgin "(The Marriage of the Virgin, 1504) from Pinakothek Brera (Pinacoteca di Brera), “The Holy Family” (Sacra Famiglia con san Giuseppe imberbe, 1506) from the Hermitage in St. Petersburg, and so on. D.

The Renaissance was a significant period for the development of European culture, a period of unprecedented flowering of art. Raphael is one of the titans of the time. Contemporaries called him “divine,” and his name became synonymous with an era. His art embodied the ideals of beauty and harmonious perfection. Raphael’s work had a significant impact not only on European, but also on Russian art, and this aspect became one of the main leitmotifs of the exhibition.

Particular attention is paid to the portraiture of Raphael. The artist is often called the creator of a new type of Renaissance portrait, performed with great realism. In the portraits of Raphael, we see not only a harmonious image of a specific person, but also a generalized image of the entire era. A talented artist and architect, he was able to repeat a series of creative achievements of Leonardo da Vinci (Leonardo da Vinci, 1452-1519), especially in portraits. In particular, under the influence of Leonardo was written "Madonna Granduka", which became the standard for the work of Raphael. At the exhibition in the Pushkin Museum, you can see the preparatory drawing for this picture, partly revealing the artist’s work on it. The largest of them is the altar painting “The Ecstasy of St. Cecilia” (The Ecstasy of St. Cecilia) from the National Pinacoteca of Bologna (Pinacoteca nazionale di Вologna).

Tickets for the exhibition can be bought online, the ticket price is from 200 (for preferential categories) to 500 rubles. Visiting the exposition is organized by sessions, each session - 45 minutes each. The exhibition caused a huge stir among Muscovites, so it is better to take care of tickets in advance.