LONDON. All famous drawings from the private album “Witches and Old Women” Francisco Goya (1746-1828) were presented in their original sequence. This was made possible thanks to extensive technical research conducted by restorers and art historians. The exhibition at Courtauld Gallery in London (until May 25) is the first to show all 22 ink drawings depicting older women, witches carrying babies on their backs and dancing old women. 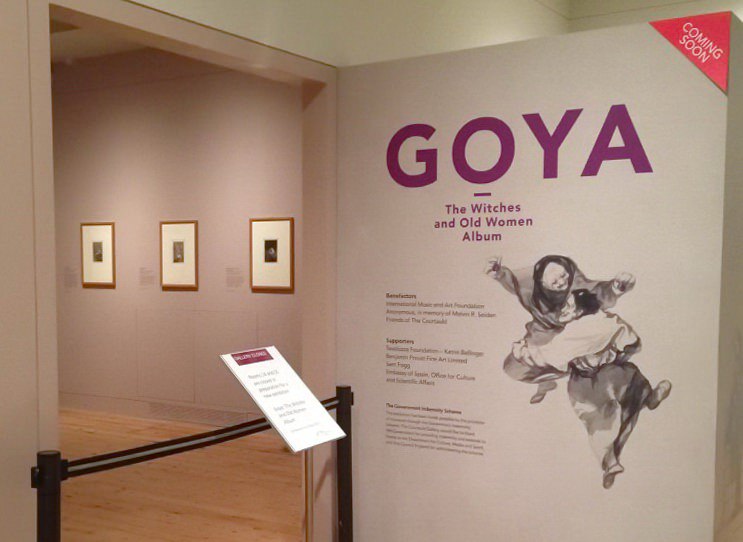 As noted by expert on the work of Goya Juliet Wilson-Bareau (Juliet Wilson-Bareau), this work was a real feat of forensic experts, restorers and art historians who spent several months studying all the works to determine their correct order. Although Goya carefully numbered each sketch, eight lost their numbers. Scientists analyzed the composition of brown and gray inks, marks on paper, and realized that these “spots” have their own important meaning. Stephanie Buck, curator of the drawing department of the Curto Gallery, said that the marks on the paper mean that the Spanish master was sketching in the album, and not on separate sheets of paper. It is these signs that played a big role in determining the correct order of work.

Scientists date the album, one of eight written by Goya in the last 35 years of his life, around 1819, i.e. it was made before the artist left Spain, moving to France, where he died. He began to create private sketching of albums during treatment for a disease that made him deaf. Wilson-Baro believes that Goya attached great importance to these drawings, and therefore took them with him to France. After the death of the artist, the albums passed to his son, Javier, and after the death of Javier, to the grandchildren of Goya, who sold them. “Witches and Old Women”, like other albums, were disassembled into drawings, and later included in the general series of “funny albums” of prints and drawings, which were popular among collectors of the 19th century.

Wilson-Baro notes that “Witches and Old Women”, one of Goya’s least studied albums, shows the artist’s great skill as an observer of people. She says: “His work conveys a spark in man, from his youth he masterfully noticed the unusual behavior of people, his similarity and difference with animals, and was fascinated by all manifestations of this.”