The mystery of Vermeer’s "Little Street" is revealed

AMSTERDAM. An art historian from Holland claims to have discovered the location of a street depicted on one of Vermeer’s two urban landscapes that have survived to this day.

About 350 years ago, Johannes Vermeer depicted on canvas an everyday scene from the life of a small street in Delft of the 17th century. Since then, many have wondered: where is this place and did it really exist? Leading art historian from Holland solved the riddle of the artist. 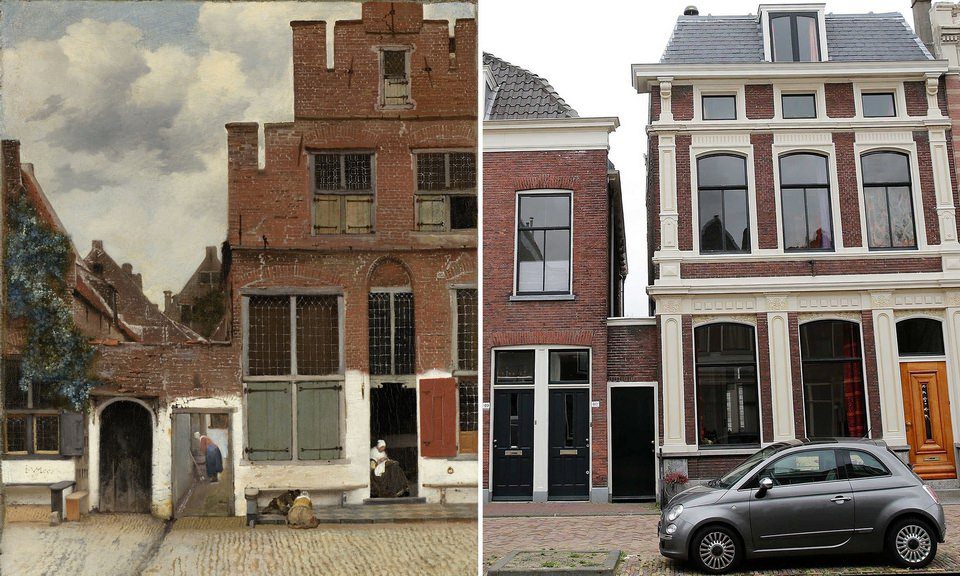 Frans Grijzenhout, professor of art history at the University of Amsterdam, began his search by studying the archives of southern Holland. This allowed him to find old houses and streets that existed during the artist’s time and have survived to this day.

“The answer to the question of what place Vermeer portrayed in The Little Street is of great importance to our understanding of Vermeer as an artist,” says Peter Roelofs, curator of the 17th-century painting department Rijksmuseum. The fact is that Vermeer city landscapes are one of the first in the history of Holland art and many scientists are inclined to consider the merit of the artist that, in addition to home portraits of nobles and commoners, he began to paint the world around him.

Over the years, various researchers have suggested several options for how to find Vermeer Street. Griesenhout was the first to guess the 1667 document, drawn up ten years after the painting was painted.

Officially known as the “De legger van het diepen der wateren binnen de stad Delft” (Description of the depth of canals within the city of Delft), he took into account the amount of taxes that house owners had to pay for the work on arranging the canal and the embankment. But in addition to financial information, the document also contained information about the width of each house with an accuracy of 15 cm.

Studying this interesting document, Griesenhout discovered in the eastern region of Delft two houses about 6.3 meters wide with two adjacent walkways 1.2 meters wide. Comparing this data with other archival materials, the scientist came to the conclusion that it was this place that the great artist could depict on his canvas. And he was right.

Ancient houses, which are listed as 40 and 42 on Vlamingstraat street (Flemish street), have not been preserved, only one of the two aisles has survived, but even today this place is strikingly similar to what his artist saw more than three centuries ago. Further research showed that the house shown in Vermeer’s painting on the right belonged to the artist’s widowed aunt, Ariaentgen Claes van der Minne, who supported herself and her five children by selling a scar. The passage between the houses was known at the time as the Penspoort, or Trebukhovaya gate.

A statement by the State Museum (Rijksmuseum) states: “We also know that Vermeer’s mother and sister lived on the same channel, diagonally from the depicted house. Therefore, it is likely that Jan Vermeer knew this street well and it was closely connected with his personal memories. ”