Recently, I have been thinking a lot about beauty and the ideal, and the more I dive into a topic that excites me, the more clearly I realize how vague these ideas are from the standpoint of aesthetics, and how destructive this vagueness is when it comes to an objective understanding of the absolute, concepts of "completeness" and "ideal."

In my deep conviction, the idea of ​​an ideal is inseparably connected with the passion for gaining a certain high transpersonal knowledge operator; a modulator of standards, which at the same time is favorable to all kinds of innovative approaches in the field of technical and aesthetic development, as well as to the comprehensive strengthening of the public good.

I believe that a certain schematization, unification and coordination of the process of so-called artistic creation can serve him and all related fields, and the directions of personal and social activity from the most favorable side. And I will not reveal a great secret if I note a certain historical regularity, according to which the concepts of beauty, ideal and quality remain in eternity categories more or less unchanged and unshakable only in connection with elementary mechanics, engineering and physics, which are the basis of most phenomena.

Thus, taking into service and creatively rethinking the deep layer of the old Soviet, in most cases anonymous, uncomplicated technical and reference illustrations, I would like to note a certain messianic, mystical, philosophical, but equally scientific, humanistic character of the concept that above was designated as the “Department of Technical Control”. 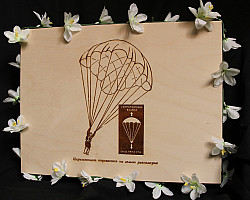 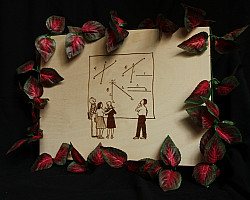 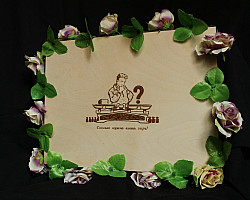 He lived in childhood in the city of Taganrog. In Makhachkala he graduated from school. He studied at the art school. M. Jemala. Started exhibiting in 1995.

He graduated from the Faculty of Arts and Graphics at DSPU in 1999.

He graduated from graduate school, defended his thesis on the symbolism of the ancient cult art artifacts of mountain Dagestan. He worked as a journalist in various periodicals. He wrote prose, journalism; published in newspapers, magazines, collections. He taught at some art universities in Makhachkala.

He lived and worked in Tallinn as an adviser on science and public relations of the Dagestan Cultural Society in Estonia.

Senior Lecturer, then Associate Professor of the Department of Painting, HGF DSPU (2007 - 2015)

Member of the Union of Artists of Russia, SJ of Russia, Association of Art Critics (AIS).

Honored Artist of the Republic of Dagestan.

Creator and curator of the Kunstvitrina art space at the library named after D.S. Likhachev. Member of the art association PARAZIT.

Lives and works in St. Petersburg.