His works are presented in major Russian and foreign museums (Tretyakov Gallery, Russian Museum). Corresponding member of the Russian Academy of Arts, an outstanding contemporary artist, according to critics and art historians, Alexander Tokarev managed to convey in his polyptychs the dramatic and cheerful, paradoxical Theater of Life - a unique world similar to the works of Fellini. Bright, grotesque, tragicomic, but essentially philosophical. The author has his own system of images, his works are inhabited by amazing characters and metaphors. His many-part, complex-structured compositions are based on contrasts of color and monochrome, interweaving of details, symbols and images. Tokarev’s painting is filled with deep meaning, powerful energy and a subtle poetic feeling. These qualities make him similar in terms of artistic talent with the titans of European art - Henri Matisse, Pablo Picasso and Marc Chagall. 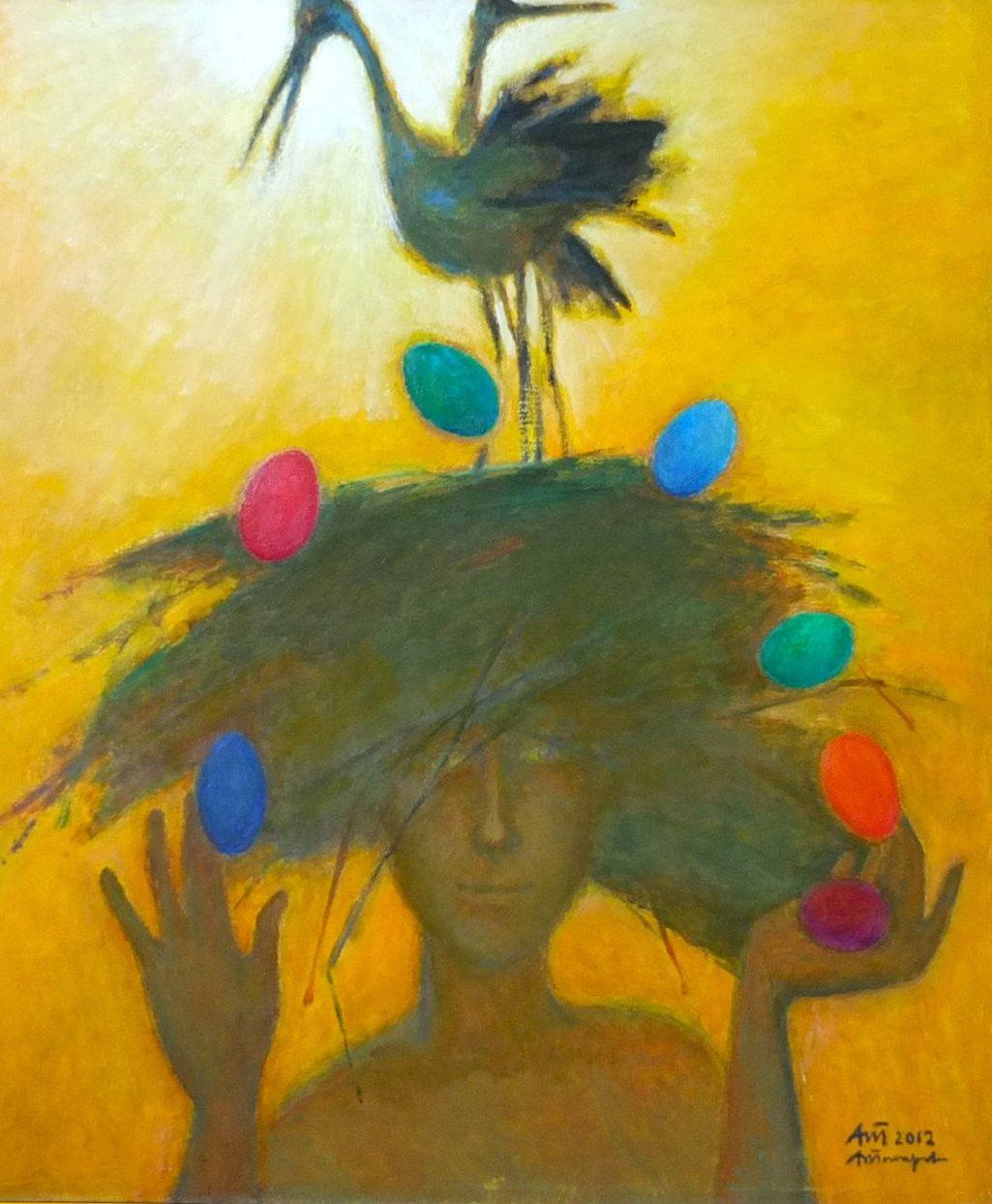 A great place in the works of A. Tokarev is occupied by the musical theme, which is most fully expressed in the series "Man-Orchestra". The exhibition presents works from all the most famous series of the artist - the lyrical cycle "Window in Zamoskvorechye", the expressive series "Man-Theater". Also in the gallery for the first time a new graphic series of the artist is exhibited - “Sailors” (2017).