The personal exhibition of Bogomolova Irina “Living Life” opens on December 5, 2016 at 18 hours in the exhibition hall of fine arts of the Volga branch of the Russian Academy of Arts. 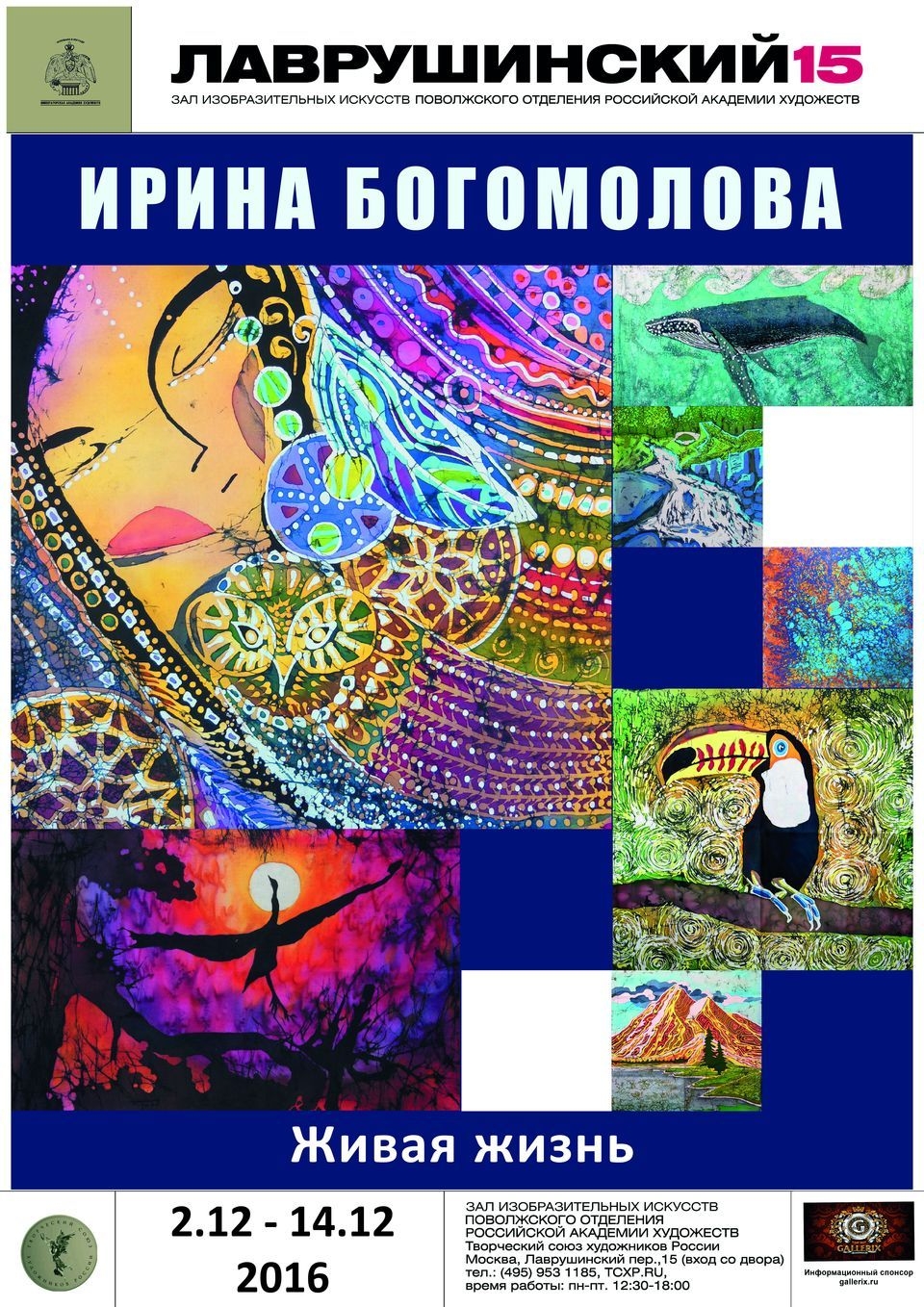 The author consists of two sections of the Creative Union of Artists of Russia - a gender section in Moscow and a design section in Kostroma branches.

Most of the paintings presented at the exhibition were created over the past two years. Among them there are several works that in different years of creation joined the large and very beloved audience of the series "Animals". The exposition also includes several works in the experimental technique of painting fabric "Painting on water." In addition, the exposition will include several earlier works that will help viewers and the creative community of TSHR evaluate the development of the author’s creative potential. As well as several works performed literally in the last two months, which have not yet been presented anywhere, so they will be a small surprise for the audience.

Irina Bogomolova is engaged in art painting of fabrics using the technique of batik, shibori, ebru. He conducts active exhibition activities, has several honorary diplomas and letters from the Creative Union of Artists for his contribution to the visual arts. Holds solo exhibitions annually. Participates in such annual international projects as the Moscow Biennale of Contemporary Art (State Darwin Museum, Moscow, 2013), “Night at the Museum” (Gallery “on Kashirka”, Moscow, 2014), Annual International Festival “Traditions and Modernity” (CEH) Manege, Moscow, 2016).

This is the first solo exhibition of Irina Bogomolova in the Creative Union of Artists. A very responsible and exciting event for the author, whose goal is the desire to show his paintings to a respected community, to declare himself as an artist in a creative environment.

We are united by a common diagnosis, because of which we are in wheelchairs, and the phrase “Living Life” is perceived in a very special way, which we would like to share with every spectator at the exhibition - the value of every day lived and the joy of the opportunity to live, to see, feel, create and share this attitude with the outside world. Batik attracts me, first of all, with an unpredictable result, as well as the ability to use bright pure colors. The result for me is always unexpected. It’s difficult to predict what kind of picture will be in the end, and it’s always intriguing, captivating me ”- Irina Bogomolova.