From October 22, 2016 to January 22, 2017, the V. Bronstein Gallery (Irkutsk) will host a personal exhibition of the famous Buryat artist Zorikto Dorzhiev’s Theory of Chaos. 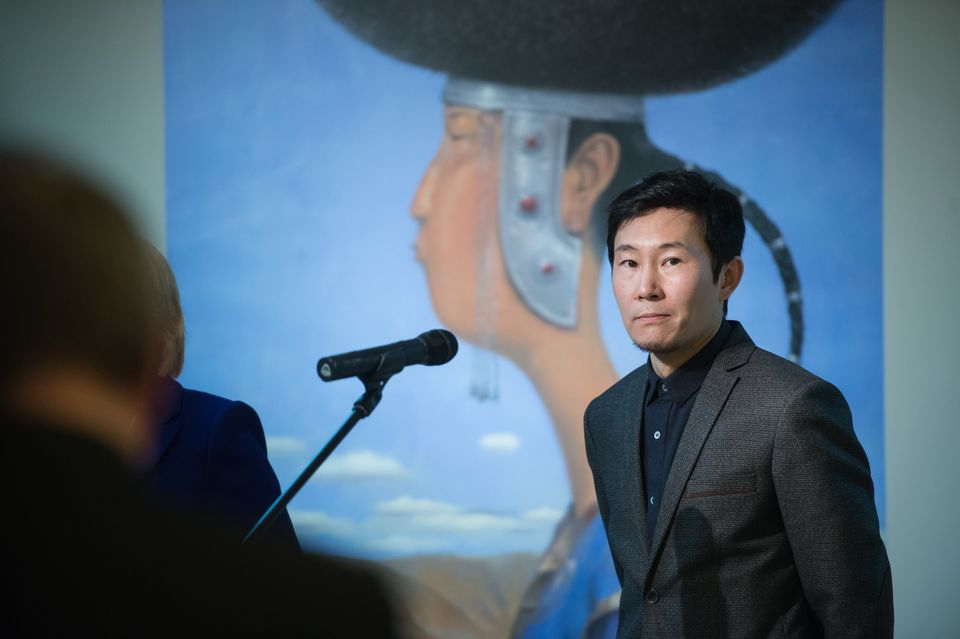 The project will be held as part of a large-scale cultural event of Sberbank in honor of its 175th anniversary. The action is attended by a number of major art museums across the country, where on certain days everyone can visit the exhibition halls for free. This initiative will allow people from all over Russia to get new impressions of outstanding works of art in their hometowns. The main goal of the project is to acquaint people with the most striking examples of culture and emphasize the value of cultural leisure among the population. 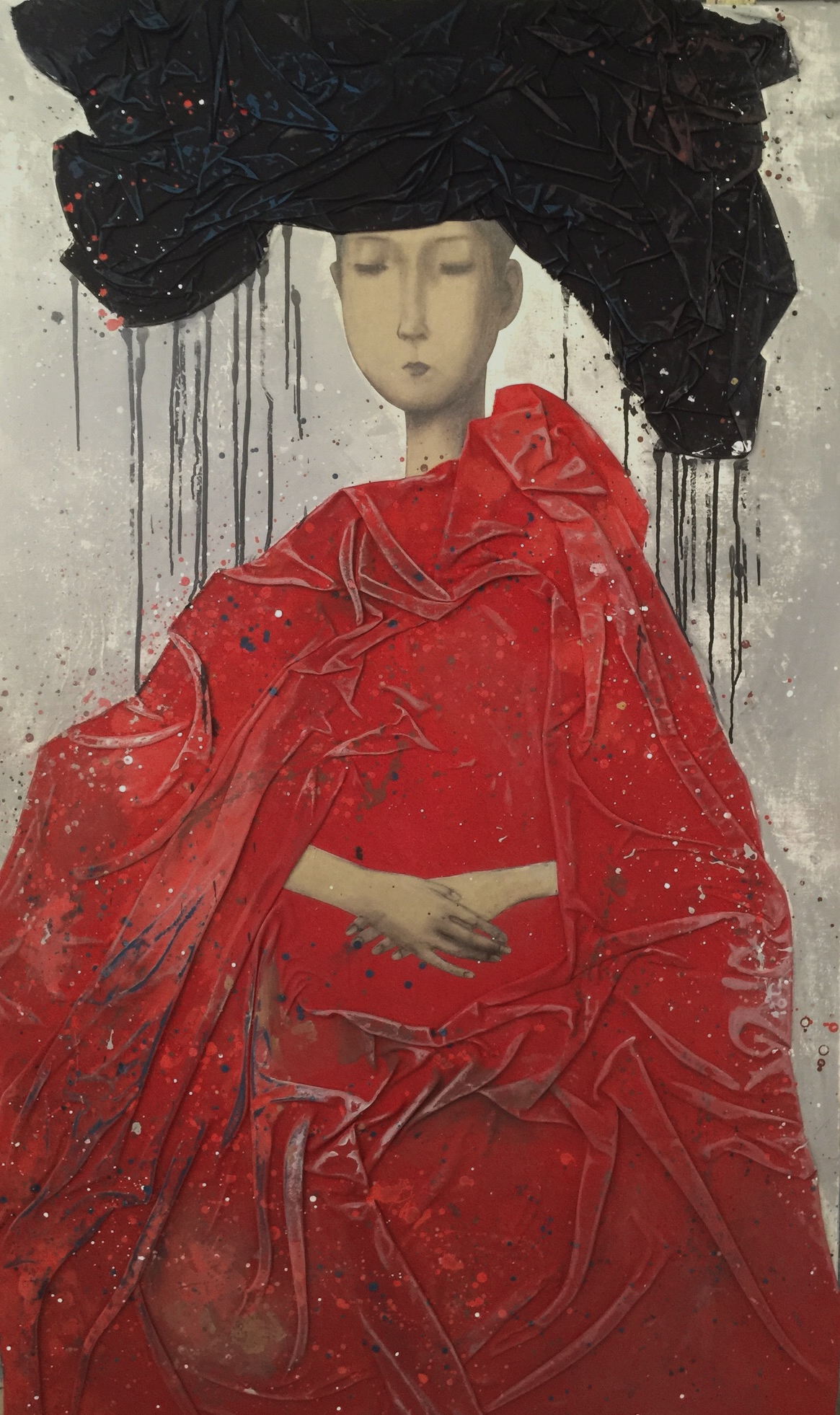 Chaos Theory is a new conceptual project by Zorikto Dorzhiev, which will be presented for the first time in Irkutsk. Chaos is the primary state of the universe, a formless combination of matter and space. According to chaos theory, all complex systems depend on the initial conditions, and small changes in the environment can lead to unpredictable consequences. The chaos theory itself is a certain strict order to which the system obeys and produces the final result.

The artist, pulling a blank canvas on a stretcher, already knows what kind of work he will end up on this canvas, but even the author cannot say exactly how it will turn out. There are too many conditions in which the picture will be created: from the quality of the canvas to the mood of the master, because squeezing a lot of colors onto the palette, it is not always possible to predict the exact shade of the resulting color.

The exposition shows about 40 paintings from the collection of the Khankhalaev Gallery (Moscow). The canvases created by the master from 2012 to 2016 are made not only in the tradition of realistic painting (“Girl with Peaches”, “Gift”, “Snowfall”), stylization (“Family”, “Artist”, “Heiress”, “General”, “Pandora”), but also in the artist’s favorite mixed media, where the materials for creating the works are fabrics and metal, which “play their roles” on the canvas draperies of clothes and jewelry (“1001 Nights”, “Nothing Else Matter” "). The artist finds new technical methods using acrylic, applying paint layer by layer, polishing the surface and getting complex color combinations on the canvas (“Juliet’s Diary”, “Milk Sea”, triptych “Unread Letters”). 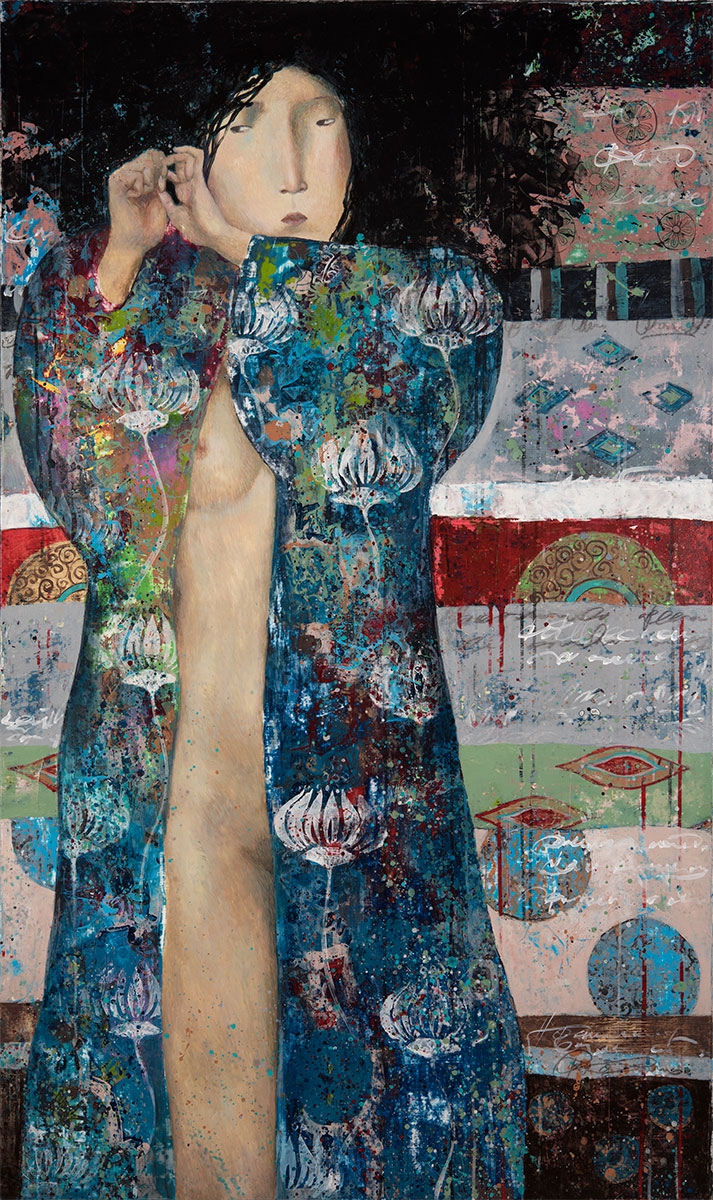 Within the framework of the exhibition, viewers will be able to see the video clip “Chaos Theory” created according to the script of the artist himself, which shows the process of the “birth” of the picture: from ideas, the pangs of creativity, doubts and, finally, the last stroke.

Zorikto was born in Ulan-Ude in the family of artists Rimma and Balzhinima Dorzhieva. After graduating from the Buryat Republican College of Culture and Arts, he continued his studies at the Department of Painting at the Krasnoyarsk State Art Institute. Each regular artist’s exhibition is “Steppe History” (Russian Museum, St. Petersburg; Museum of the East, Moscow; Victoria and Albert Museum, London), “Imaginary Reality” (State Tretyakov Gallery, Moscow), “Stepnaya nirvana ”(Tibet House, USA) becomes a carefully thought-out art project. The master’s works are kept in private and museum collections in many countries, and among admirers of Zorikto’s talent there are many famous politicians, businessmen, film and music stars.

October 27 at 17:30 in the space of the "Gallery of V. Bronstein" for the first time as part of the solo exhibition "Theory of Chaos" by Zorikto Dorzhiev, a free tour for visitors will take place.

From the first days of the opening of the gallery for visitors twice a week, there are free tours. Every Wednesday at 17:30 there are guided tours of the exposition with the works of the sculptor Dasha Namdakov, on Thursdays at the same time - on the current exhibition project. To get on excursions, you do not need to reserve places, you just need to purchase entrance tickets.

The exposition of a new conceptual project by Zorikto Dorzhiev contains about 40 paintings from the collection of the Khanhalaev Gallery (Moscow). The canvases created by the master from 2012 to 2016 are made not only in the tradition of realistic painting, stylization, but also in the artist’s favorite mixed media, where the materials and materials for creating the works are fabrics and metal, which “play their roles” on the drapery on canvas clothes and jewelry. Viewers will be able to see the video clip “Chaos Theory” created according to the script of the artist himself, which shows the process of the “birth” of the picture: from ideas, the pangs of creativity, doubts and, finally, the last stroke.

Yana Chernykh, gallery project coordinator: “A tour of the Chaos Theory exhibition, I think, will not only be interesting or informative for the audience, it will in some sense become an immersion in the different creative worlds of Zorikto. "His work is captivating, truly captivating, so it is impossible to remain indifferent."