"An Artist’s View of Dutch Life and Attractions." Painting and graphics of Larisa Akhmadeeva 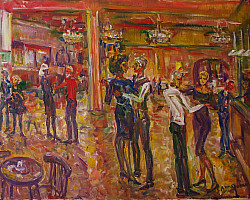 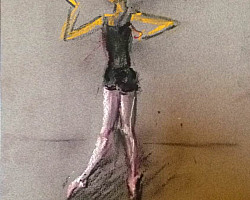 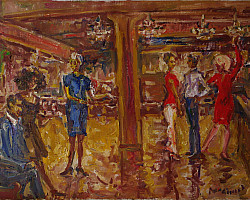 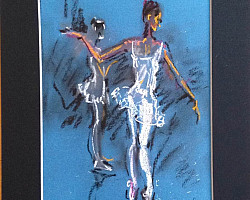 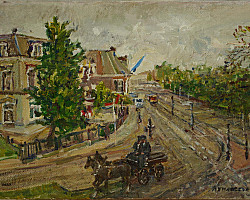 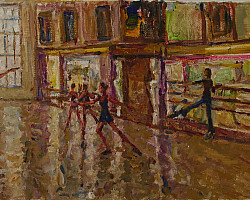 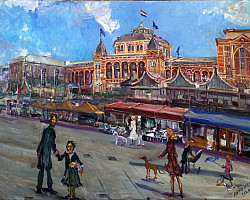 The creativity of the St. Petersburg artist Larisa Akhmadeeva invariably arouses interest among the general public, her fans are attracted by the amazing ability to transfer the audience to the world of their fantasies and observations, where a special place is given to the art of classical ballet. The grace of the artists, the splendor of the scenery, the sparkling decoration of the theater with its magnificent ceiling and heavy curtain, the special radiance of elegant chandeliers invariably captivate enthusiastic spectators. Larisa manages to transfer the momentaryness of the dance to the canvases, to reproduce the excitement of these unearthly creatures, to convey their grace, plasticity and incredible transformation when approaching the wings.

Highly appreciating the talent of Larisa Akhmadeeva, the Anna Pavlova Foundation (Netherlands) took the initiative to organize her creative business trip to the Netherlands in order to bring as close as possible to the process of preparing future ballet dancers at the Academy of Classical Russian Ballet (The Hague).

The first exhibition in the Netherlands was organized by the same foundation and took place at the De Muse Theater (Noordwijk) in December 2017. And in March next year, the Russian Embassy in the Netherlands invited Larisa again to prepare her personal exhibition in The Hague and hold master classes. Then a whole series of paintings appeared about the beautiful Dutch cities - The Hague, Delft, Lelystad, their famous and beloved by many old streets, town halls, squares, ports, as well as a small but very expressive cycle "At the Van der Möhlen-Wesseling Ballroom Dance School". Famous and beloved by many generations of the Hague residents for its special hospitable atmosphere, it has been a center of attraction for all fans of ballroom dancing for a century. Larisa here is always a welcome guest. How subtly she caught the nostalgic chic, the unrestrained energy of the dancers, and the widest range of emotions experienced in these beautiful interiors.

The exhibition at the embassy was very warmly received by the public, the interest in the work was so great that already in September these paintings adorned the Russian pavilion at the international festival of embassies in The Hague. It was these works that were then presented in Brussels in December 2018. In Brussels, Larisa also created a number of architectural landscapes, capturing beautifully preserved medieval examples of Brabant Gothic and Flemish Baroque.

It’s time to introduce the Russian public to this exhibition.