On November 4, the exhibition “Romantic Realism. Soviet painting 1925-1945 ”Organizers of the exhibition: Ministry of Culture of the Russian Federation, State Museum and Exhibition Center ROSIZO.

The art of socialist realism, which arose under the patronage of the main political technologists of Bolshevism, was a powerful tool for influencing the mass consciousness. It tried to replace religion and created a kind of parallel reality.

Exhibition “Romantic Realism. Soviet painting 1925-1945 ”is trying to demonstrate the mechanism of this unique system in the history of the twentieth century and, at the same time, destroy the cliche about the lack of artistic merit in these paintings. 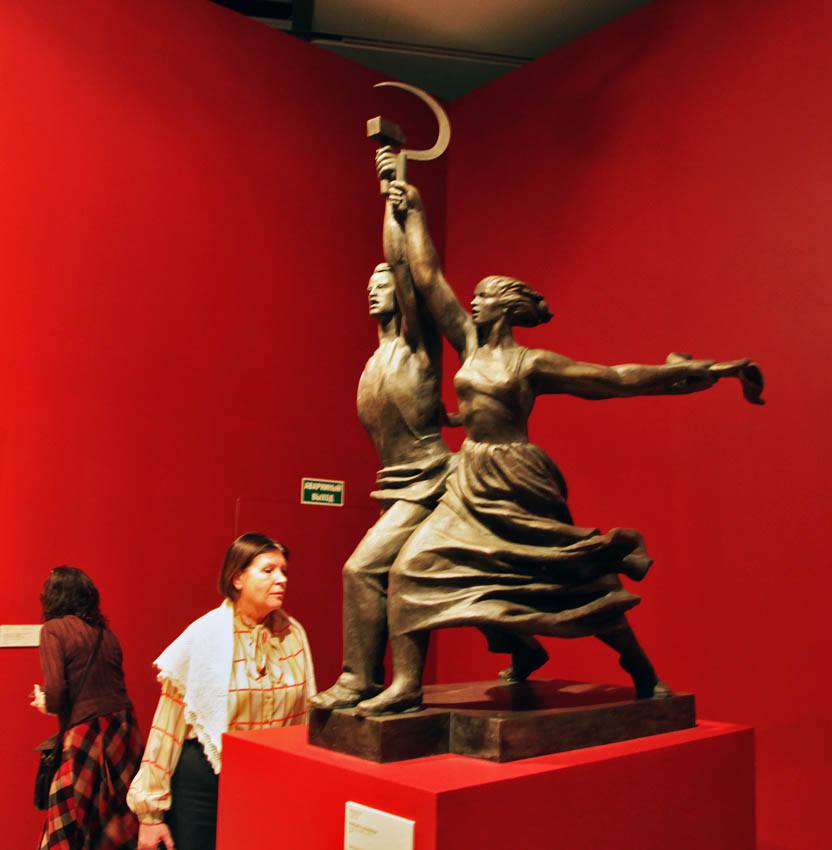 The exposition includes works that became in the Soviet time a textbook, canonical. The exhibition provides an opportunity to see almost all the iconic works of the 1920-1940s. In Moscow, for the first time in several decades, they were brought together under one roof, although similar displays of Soviet art were held more than once abroad.

The spatial concept of the exhibition is based on a generalized image of a building with central axial symmetry, causing a chain of associations from ancient Egyptian sanctuaries to an unrealized project of the Palace of Soviets. Different halls are devoted to the main topics of that time (a bunch of topics), which is emphasized by the coloristic decision of each zone.

The exhibition will feature works by: Isaac Brodsky, Alexander Laktionov, Kuzma Petrov-Vodkin, Alexander Labas, Alexander Deineka and other major artists of the first half of the twentieth century.