The painting found in the attic may belong to Caravaggio.

PARIS. In the south of France, a painting was discovered that may have been painted 400 years ago by Italian artist Caravaggio. The last 150 years, the masterpiece lay in the attic of an old house, in complete obscurity.

Eric Turquin, a French expert who has been restoring and studying the painting for two years, said that it was in excellent condition and tentatively estimated its value at 120 million euros (about 135 million dollars), despite the fact that, According to him, while experts disagree on the authorship of the canvas. 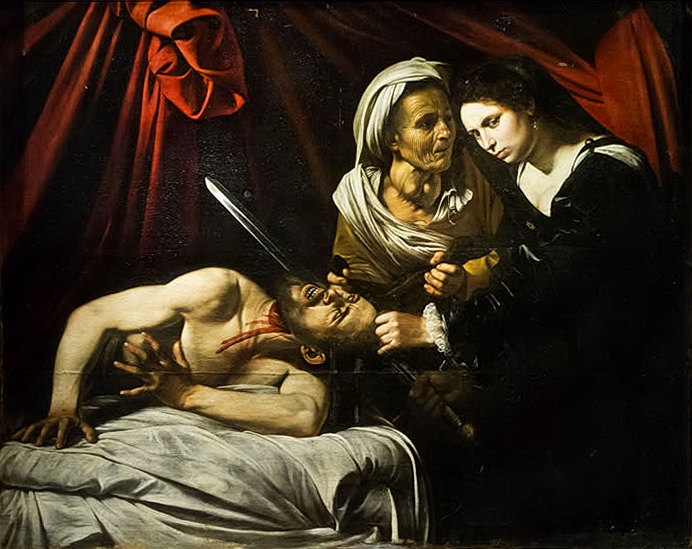 Named Judith. The Beheading of Holofernes ”(Judith Beheading Holofernes), she depicts the biblical heroine Judith beheading an Assyrian general. Presumably the picture was painted in Rome, in 1604-05.

Two experts on the work of Caravaggio, with whom Turken consulted, believe that the author of the canvas is Louis Finson, a Flemish artist and art dealer who was personally acquainted with the artist, had some of his paintings and made copies of his works. “But the third expert I turned to believes that this is not just a Caravaggio painting, but a true masterpiece of painting,” says Turken. The find, in his opinion, should be considered the most important for the last 20 years.

After the painting spent three weeks in the laboratories of the Louvre, the French authorities awarded it the status of "National Treasure", which means that the canvas can not be exported for 30 months. This gives national museums a sufficient margin of time to acquire a painting. The fact that the author has not yet been determined has not stopped the French Ministry of Culture, which justified its decision to ban the export of the painting by the fact that in any case it “deserves to be on (French) territory, as a very important example of the Caravaggio school”.

Bruno Arciprete, an expert from Naples who was involved in the restoration of two paintings by Caravaggio - “The Flagellation of the Lord” and “The Seven Acts of Mercy”, said that the painting may well belong to Caravaggio, but further research is needed. “It has interesting features that can be attributed to Caravaggio,” he said in a telephone interview. Artiprete explained that he saw the work a few months ago in Paris and left with a "very good impression."

“More scientific research is required, and after studying by art historians, it is necessary to carefully analyze the technique, pigments, type of canvas and its preparation in order to understand that the materials and techniques correspond to those used by Caravaggio,” he said.

However, Richard E. Spear, a scholar, specialist in Italian Baroque, who is also an expert on Caravaggio, said that it is “very doubtful” that the Italian master actually painted this picture. Speer, who saw only photos of the find, said that he was questioned by the technique of applying smears and some anatomical details of the characters. “In general, the picture looks rather rough and heavy,” he shared his impression.

The owners of the house in Toulouse discovered a picture that was partially damaged by water when they went up to the attic to fix the leak. After that, for two years she was kept at Türken, away from the eyes of the public, who studied and restored the canvas with the use of modern means such as infrared reflectogram and X-ray examination. Due to the large size of the picture, an x-ray had to be done in a veterinary clinic. “The radiologist was a little surprised when he had to examine the picture between taking a horse and a cow,” Turken jokes. “Then she [the doctor] told us that we brought her the stolen painting because she thought it was actually a modern copy of Finson.” Today this copy is on display in Naples and is owned by an Italian bank.

It is believed that both paintings - copies painted by Finson in Amsterdam in 1617, and the original - disappeared.

If the authorship of Caravaggio is confirmed, then this will be the largest find of samples of his work since 1991, when the National Museum of Ireland officially confirmed that the "Capture of Christ" (1602) belongs to the brush of the master.

“There is no consensus [regarding authorship], and I am not seeking consensus. In 2003, even more critical comments were made in Dublin regarding the “Capture of Christ”. Caravaggio is an artist who leaves room for controversy. Everyone agrees that this is one of the most important paintings of the 17th century, found over the past 30 years, ”concludes Turken.