BRUSSELS (Reuters) - The missing last part of the picture of the Belgian surrealist Rene Magritte was found under another work of the artist in a museum in Brussels using X-ray research. 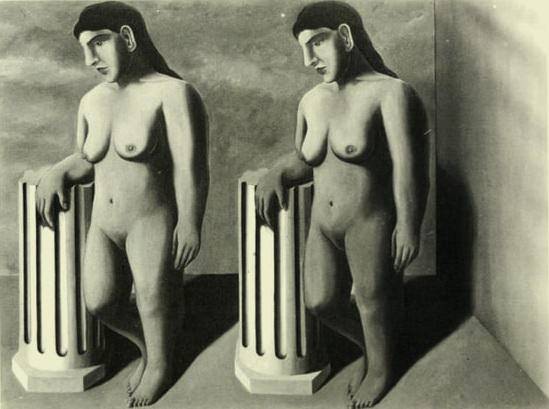 The last, fourth part of the painting “Enchanted Pose” (1927) Magritte was under his work “God is not a saint,” created by him from 1935 to 1936. The painting “Enchanted Pose” depicts two women leaning on columns. The Royal Museum of Art of Belgium, in collaboration with the European Center for Archeometry at the University of Liège, discovered the last piece of the puzzle last month using radiographic imaging.

“The X-ray allows you to see what is behind the picture,” said David Strivay, a professor at the University of Liege. The “Enchanted Pose” was recorded in Magritte’s catalog of works, but he cut the painting and used the canvas again in 1932, most likely to save money.

The first part was found in 2013 under the image of Magritte 1935 "Portrait" in the Museum of Modern Art in New York. Two other parts were found in Stockholm and Norwich. The full work was completely restored at the Magritte Museum, where there are more than 40 paintings by the artist.