On the eve of the New Year, a chamber exhibition is presented to the attention of the audience: “Theatrical Tale” by Larisa Akhmadeeva’s backstage works. For the first time, the artist got behind the scenes of the Mariinsky Theater, just before the New Year (somewhere in 1996). It was a miracle, and the feeling of an unforgettable fairy tale.

And so the theater series went. Often behind the scenes of the Mariinsky and Mikhailovsky Theater, the Ballet Theater. L. Jacobson. The doors opened for her: the children’s ballet of Petukhov, the Philharmonic, the Alexandrinsky Theater (including backstage sketches of Gogol’s repertoire), the ballet idol John Neumeier (Hamburg in 2007), the Conservatory, the Youth Theater (festival - "France Danse" 2010), the Hermitage Theater, the male ballet of V. Mikhailovsky (2011). 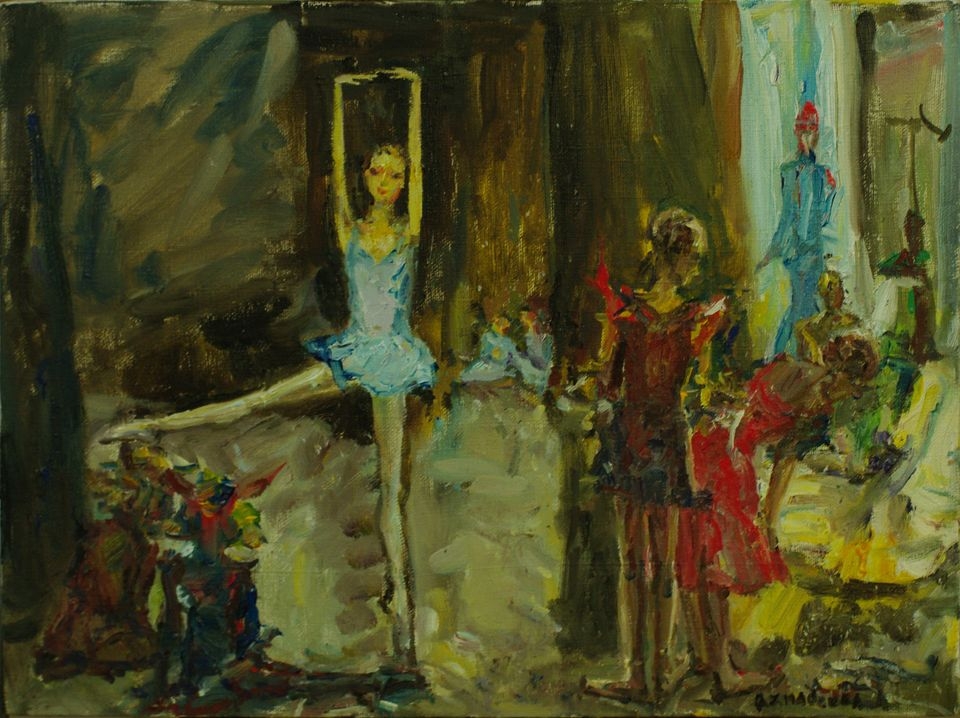 Before the ballet Snow Queen. 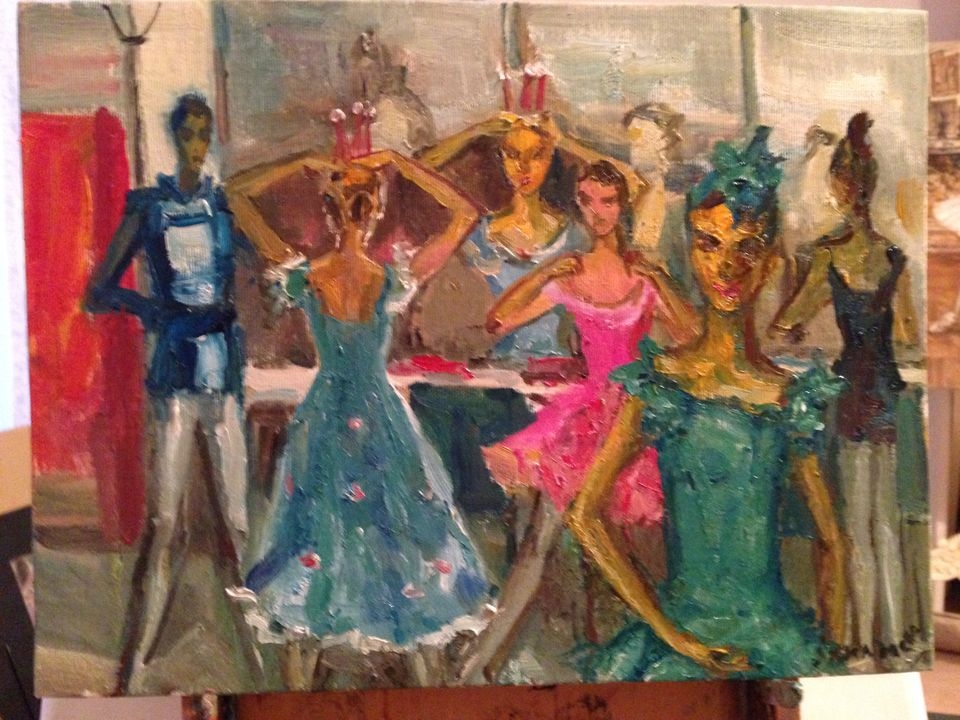 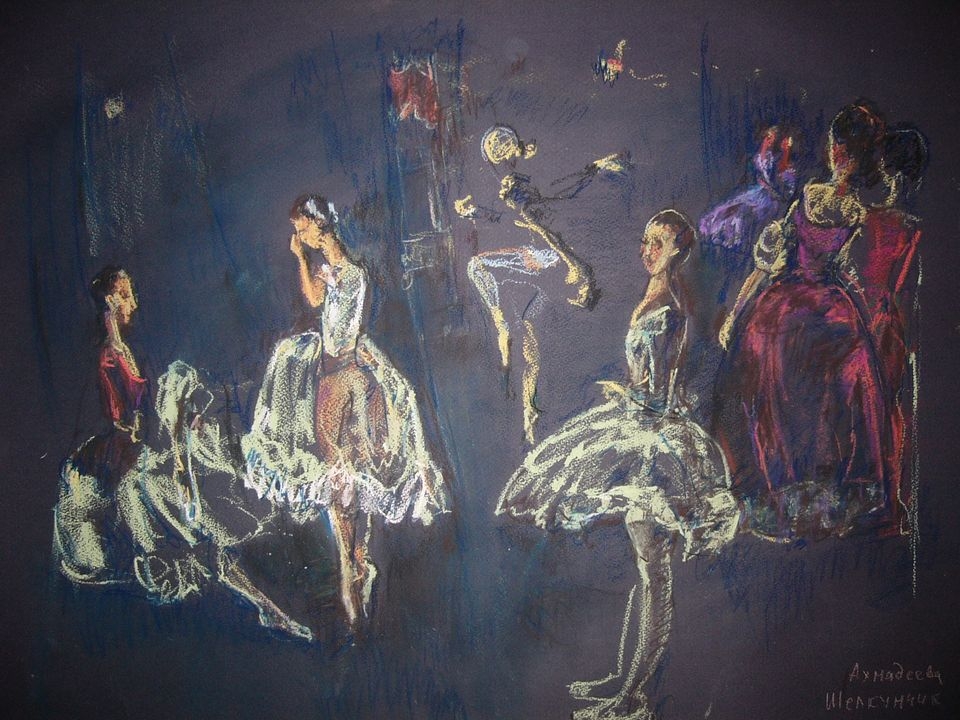 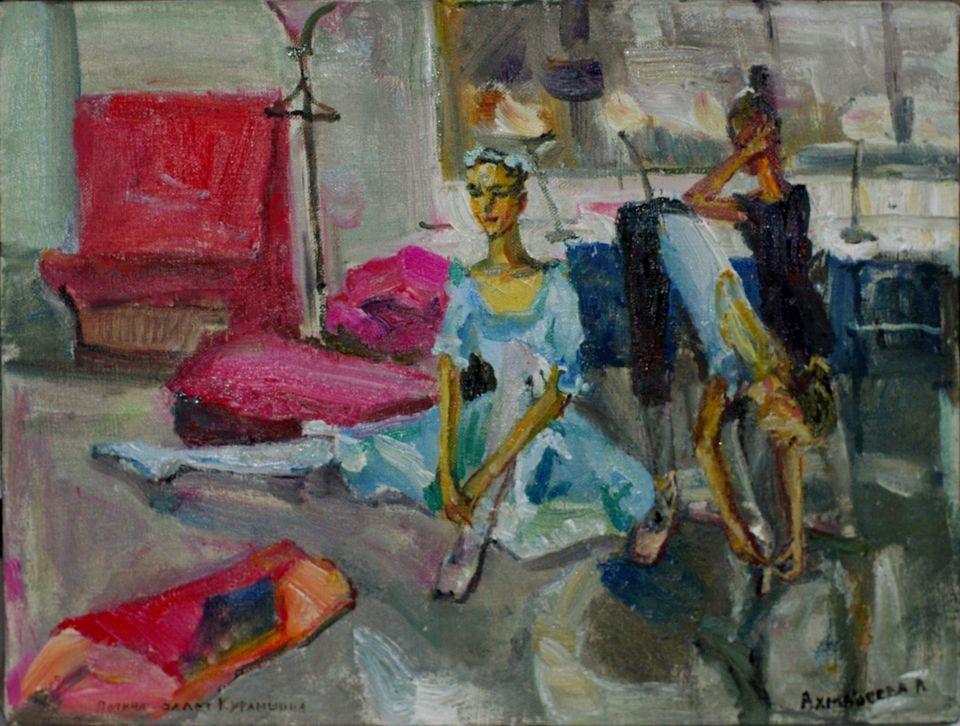 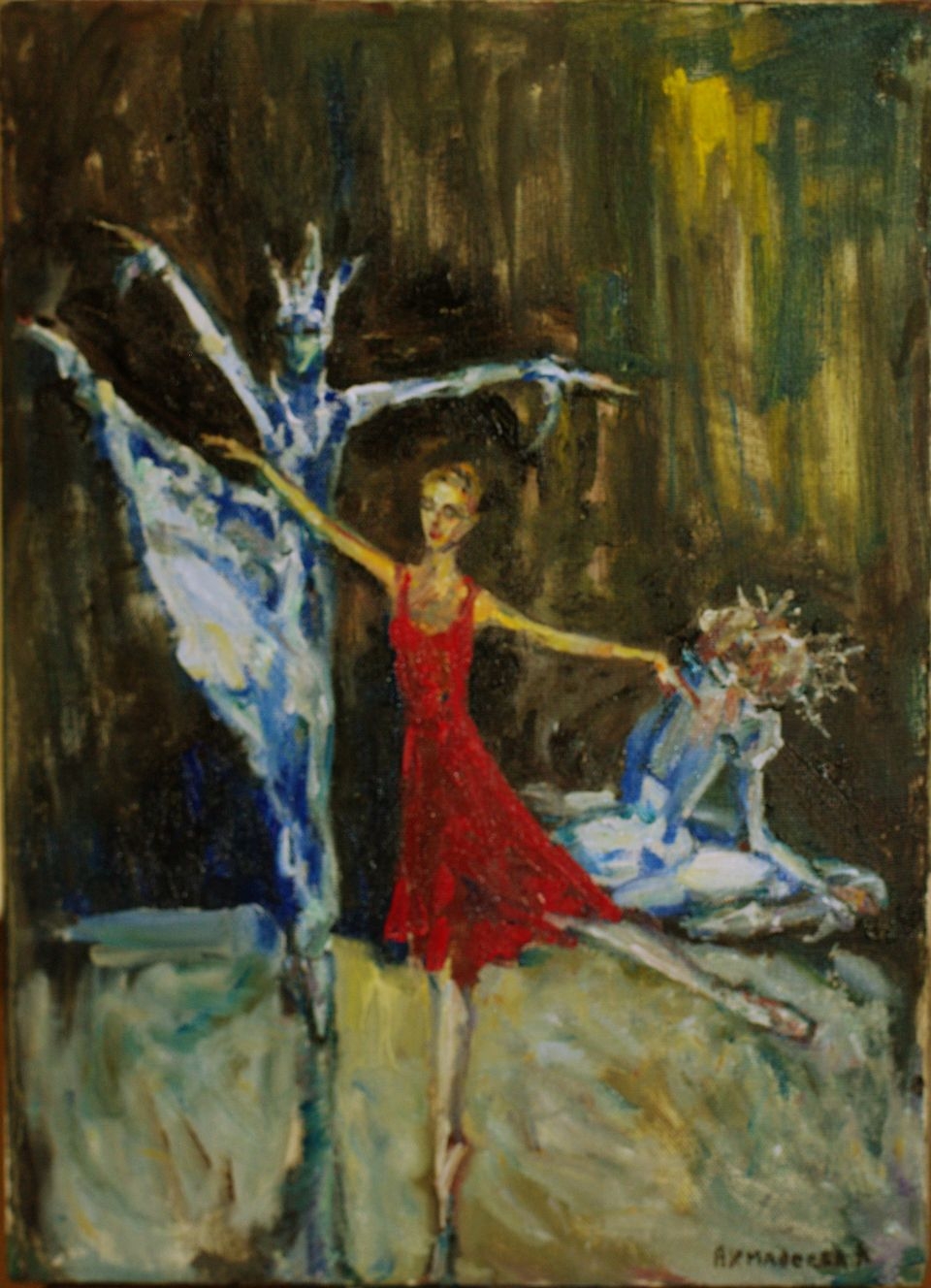 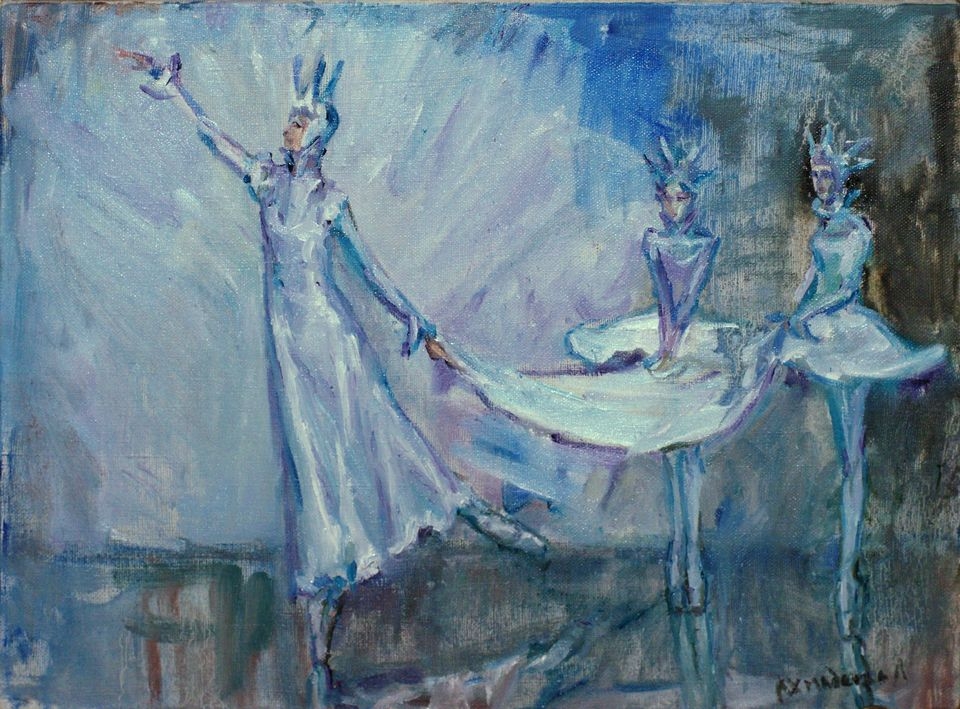 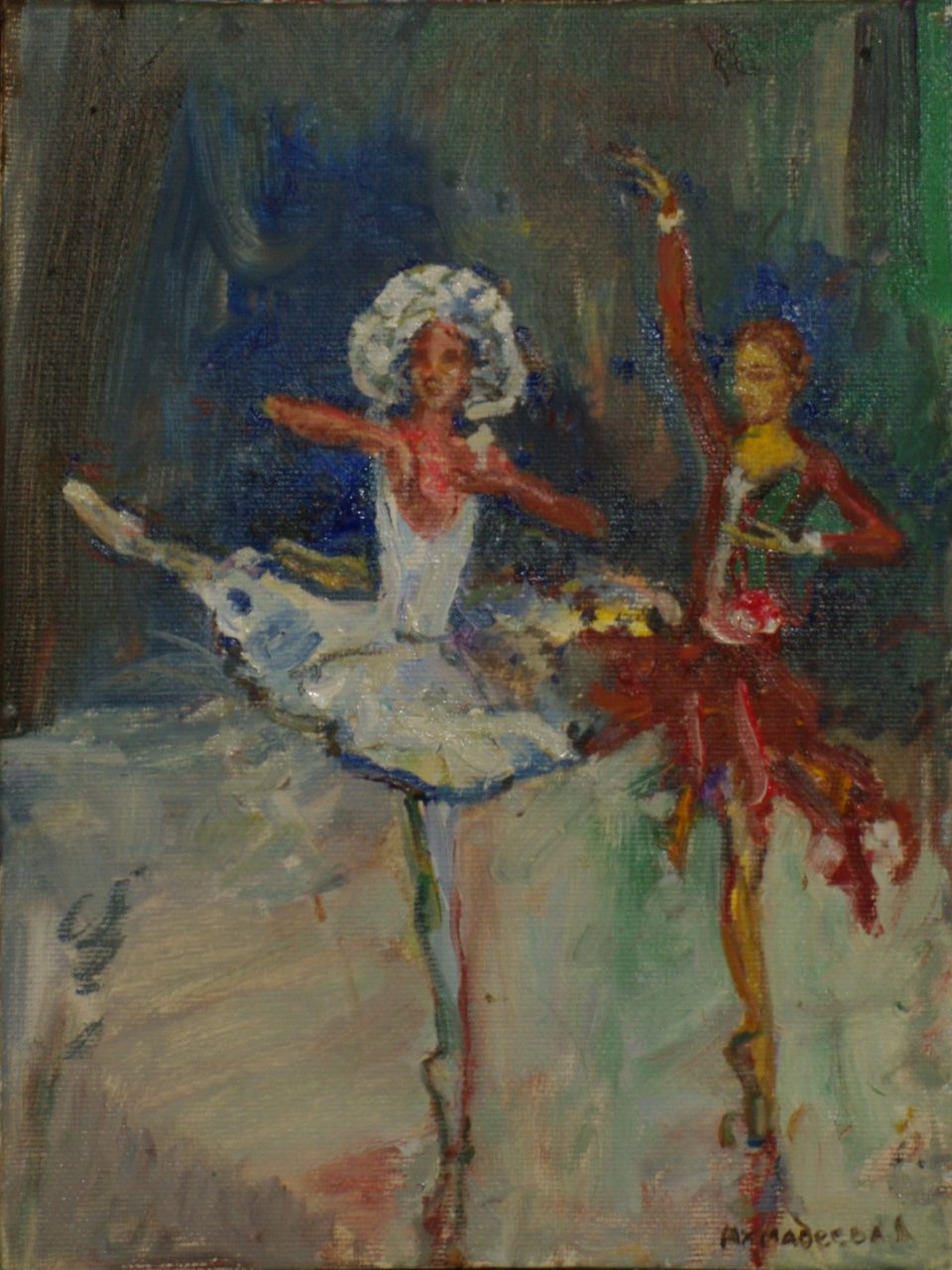 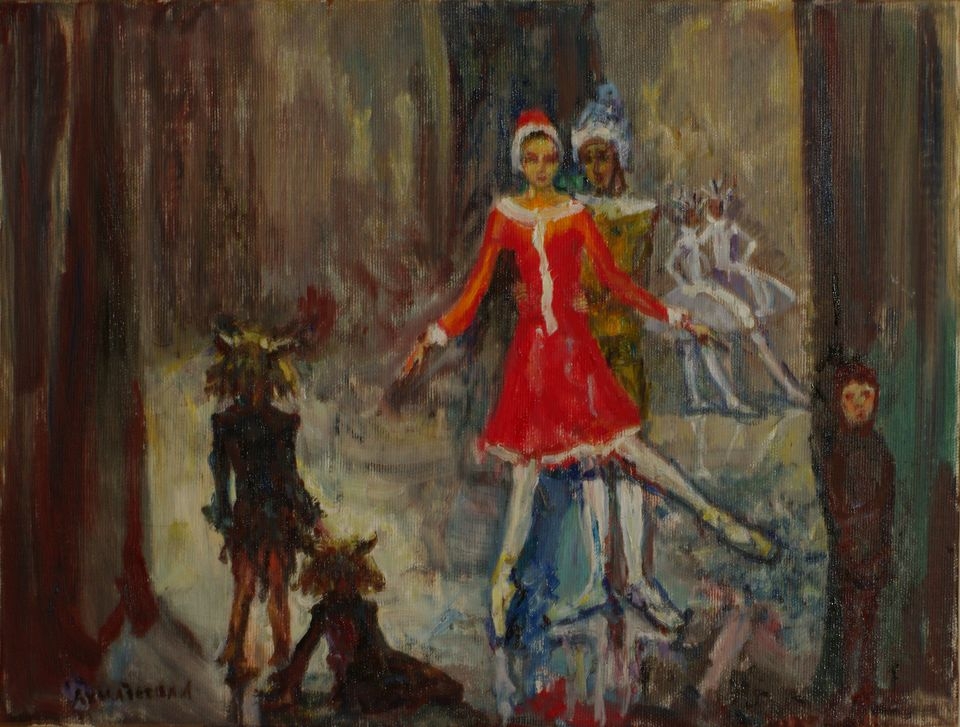 As well as the captured, recorded scenes of the play "Little Red Riding Hood" in 2014. 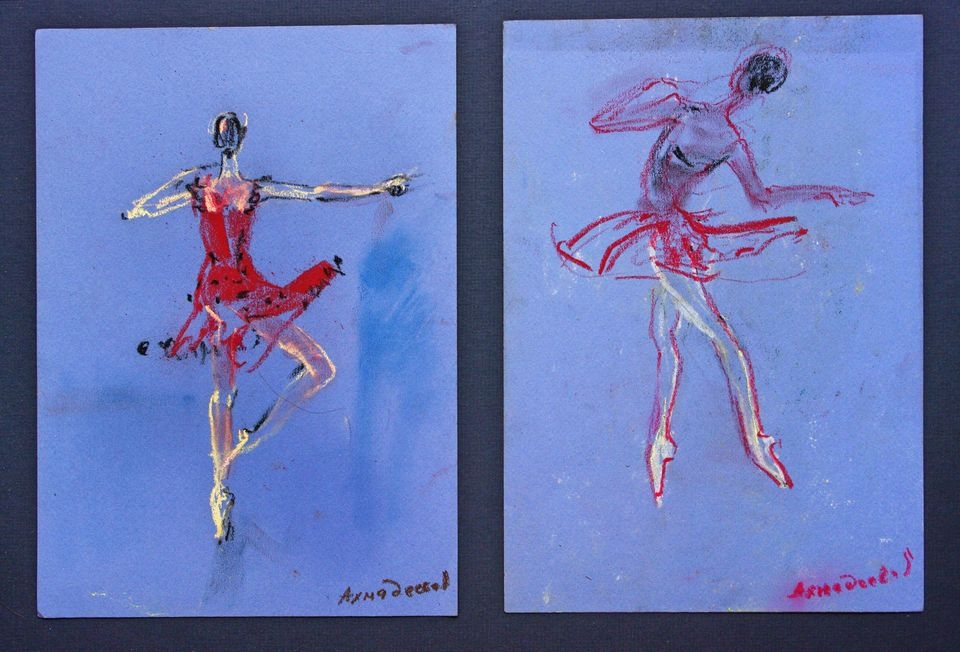 A catalog with additions is being prepared for reissue, in which all the creative moments of development are viewed. Including foreign trips to Hamburg (Germany), France, Italy, Greece, the Czech Republic.

The artist’s works are in private collections and museums in Russia and abroad: at John Neumeier (his collection dedicated to Nizhinsky was exhibited at the Museum d’Orsay), at several private museums in Germany, at the Museum of the Picturesque Image of Russia (Moscow), State Historical, Architectural and Art Museum: "Island-city of Sviyazhsk."

The works of Larisa Akhmadeeva were repeatedly exhibited at the Pastel Biennale in Poland, France, Russia, were presented at international exhibitions in Finland, England, Italy (the year of Russia in Italy). From the museums where the Petersburg Pastel exhibition was held, the artist received many letters of thanks.

At exhibitions, Larisa Akhmadeeva often holds master classes. The most memorable were: a master class in pastel technique on the opening day in Mikhailovsky Castle at the opening of the exhibition "PASTELROSSII 18-20VV." For the administration of the city of St. Petersburg and at the International Art Festival dedicated to the anniversary year of Russia and France.

The autobiography of the artist Larisa Akhmadeeva is included in the Swiss encyclopedia of biographies "Who is Who" in Russia. "