In northern Italy in the middle of the 15th century, a teenager painted paintings that were noticeably different from those that were familiar in those days. Andrea Mantegna, the son of a carpenter from Padua with an insatiable appetite for classical art and his own opinion about how it should be, sought to create a vision of the ancient world that would feel unprecedentedly real and immediate. He gradually became richer and more famous thanks to his skills and his talent. He painted stunning murals with new perspectives on the church walls, from which the figures looked ominously at the viewer. 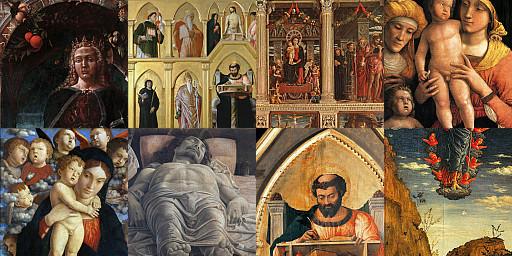 At the same time, in Venice, another person also sought to exert his influence on artistic traditions. Giovanni Bellini was a rather secretive and calm person who rarely left his home. At first glance, it is hard to imagine that these two great artists of the early Renaissance had something to say to each other. Mantegna’s art is painful and unhurried - its emaciated, quasi-sculpted forms may look as if they were knocked out of slate, Bellini is serene, bathed in a cool, but transporting light that symbolizes divine grace. 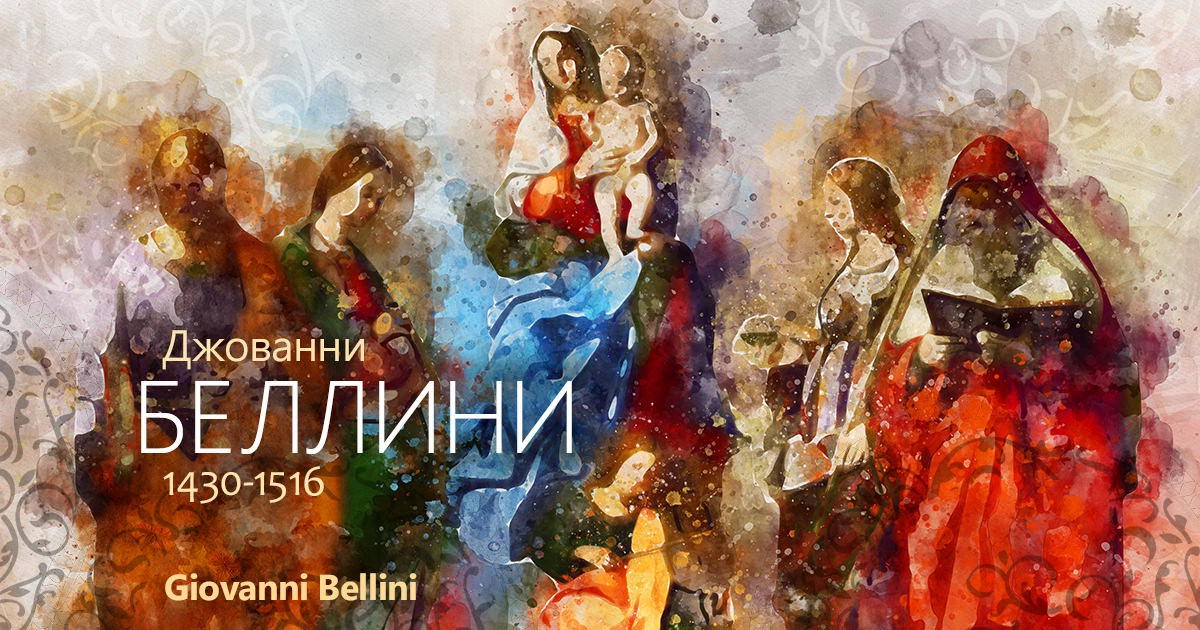 Indeed, two artists came to personify the opposite principles: Mantegna belongs to the central Italian tradition, which would continue to produce Michelangelo, Leonardo and Raphael, artists who depicted the contours of the human body through rigorous drawing. On the other hand, Bellini was the father of a more sensual Venetian tradition, which reached an apotheosis thanks to his students Titian and Giorgione.

But there is something that unites them, except that Mantegna and Bellini were each other’s sons-in-law.

The two men lived at a time when the "modern" concept of the artist was still inconclusive, the medieval role of the anonymous master artist gave way to self-awareness. They constantly tried to look at each other with a sense of competition.

Born around 1431, Mantegna, “came from nothing,” he began as a shepherd, but, later, his growth as an artist did not stop. Immersed in classical culture from an early age by his teacher, antiquarian and artist Francesco Svarchone, he studied ancient Roman architecture and took part in archaeological excavations. In his early works, such as the frescoes of the life of St. James at the Eremitani Church in Padua (sadly destroyed during World War II), he played with perspective and extreme angles. Repeatedly, he was faced with accusations that his rigid forms resembled a painted sculpture, and not a painted reality. Skvarchone himself accused him of this, with whom Mantegna later found herself in a quarrel.

Bellini was more comfortable in his social status. As a citizen of Venice, second only to the aristocracy and offspring of the city’s leading artistic dynasty, he was part of a system in which family relations competed with lucrative orders from the state and the powerful religious fraternities of Venice. While his father Jacopo and older brother Gentile both succeeded in fulfilling city orders (Gentile’s paintings remain one of the most popular images of Venice), Bellini was destined to overcome the provincial and essentially medieval traditions of Venice. His “sacred conversations,” for example, the images of the Virgin with the saints, are found throughout the city. They combine the characteristic Venetian sense of color with a new, monumental art.

The two men actually met after Jacopo Bellini found out about the growing fame of Mantegna and looked for him with the intention of marrying his daughter, Giovanni’s sister, Nicolosia. Marriage was then primarily a business deal. Jacopo had two brilliant artist sons. A third, perhaps even greater Mantegna talent would give the family studio a formidable force.

The mood of tragic exaltation in the version of Mantegna, aggravated by swirling chiseled forms of a rocky landscape, on which Christ is kneeling before the holy spirit, is transferred to Bellini’s painting, although Bellini’s characters interact more naturally with the landscape.

Bellini’s ability to paint figures that look as if they existed in real landscapes is perhaps his greatest contribution to art. He also achieved a richer and more realistic sense of light and color: in his paintings, the pink sky is reflected in the orange sand around the feet of Christ.

While Bellini established himself as a great teacher of Venetian art, Mantegna occupied the position of a court painter in the Gonzaga family, the dukes of Mantua. Nonetheless, he seemed to be looking back at what his brother-in-law did in Venice: Mantegna’s later work is filled with elaborate light and Bellini-style landscapes, such as Minerva, expelling vices from the Garden of Virtue (1500-2), in which mythological action takes place in a reliable, temperate, northern Italian landscape, with wet grass and a cool, rather cloudy sky.

Mantegna and Bellini are artists who exist beyond the reach of a biography too far from history. However, looking at the art of each of them, we feel that we can understand them.

But the main question concerning Mantegna and Bellini, as well as all artists of this period, is whether they are great in themselves or are they precursors of the geniuses of the next century. Even if someone does not like the work of Michelangelo and Leonardo, there is no doubt that the Sistine Chapel and Mona Lisa represent a great climax of art, while artists who lived before may not have done anything for this.

This opinion has been dominant for about 500 years. But now we need to shake up our ideas about the Renaissance. Mantegna and Bellini are some of the greatest European artists. They do not deserve to be considered precursors. Their work is worthy of attention in itself.