An early version of the mysterious Mona Lisa written by Leonardo da Vinci was first introduced yesterday to the media in Geneva. The painting is exhibited in a luxury hotel, in the same position as the Mona Lisa in the Louvre. After three decades of detailed research, experts and scientists came to the conclusion that the portrait, painted 15 years earlier than what is in France, still belongs to the brush of the great Leonardo. 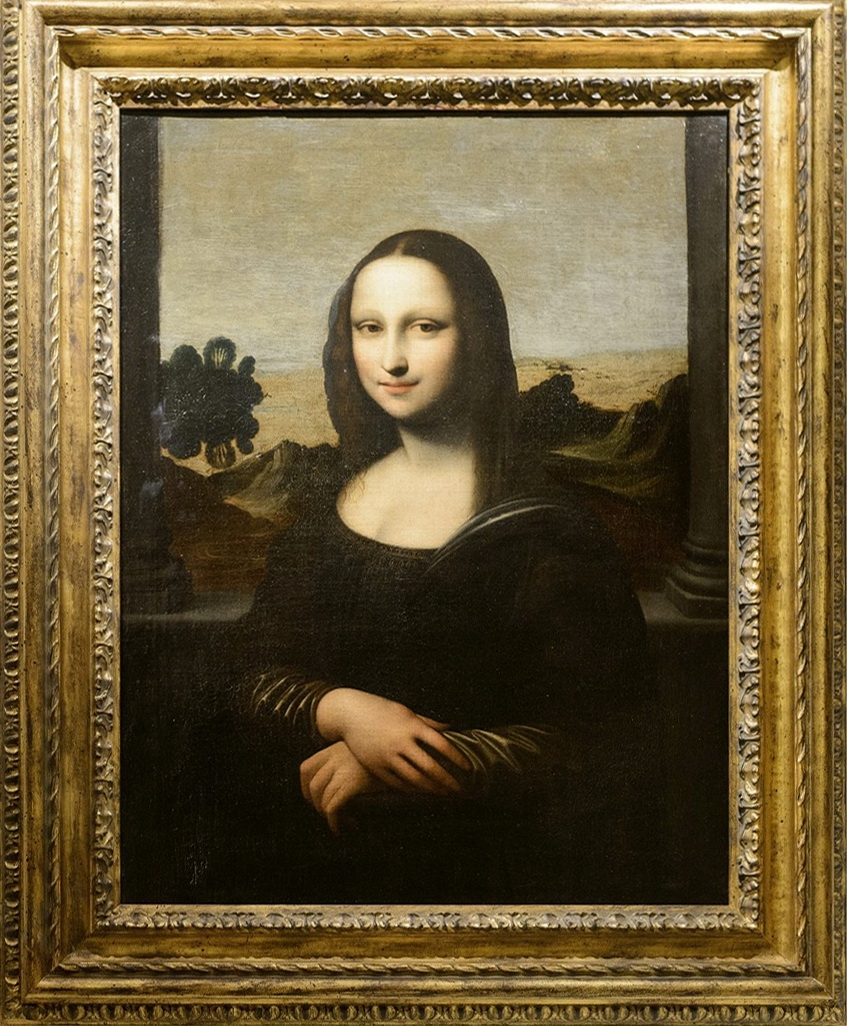 According to Stanley Fieldman, Director of the Fund Moni Lisa (Fundación de la Mona Lisa) in Switzerland, who has been holding the portrait for more than ten years, the woman’s smile is more pronounced and her face is younger and fresher. To date, it is believed that Leonardo painted a portrait of Lisa Gerardini, wife of Francesco del Giaccondo, an Italian nobleman, who ordered his production.

The Italian expert Alessandro Vezzosi, specializing in da Vinci, considers the painting a grotesque, owned by an unknown artist. However, a number of experts and historians adhere to the version that da Vinci painted Mona Lisa young and left the work unfinished, promising to return to her after 15 years. Therefore, in a later version, much finer worked out, the artist’s perfectionism is already pronounced. It is believed that work on the portrait continued until the death of Leonardo. There is evidence that in the last days of his life, the artist continued to improve every square centimeter of the canvas.

The “younger” version of the Mona Lisa, owned by the Stanley brothers and David Feldman, who, in their own words, are not going to sell it, was written around 1505. Over the past forty years, the picture was kept in a bank safe in Switzerland. And discovered the canvas in 1913, the Englishman Hugh Blaker (Hugh Blaker), in an abandoned mansion in the west of England. How and when the picture got into this mansion is not yet known. At the place of the find, the work was called "Mona Lisa Isleworth" (Mona Lisa Isleworth). After the death of Blaker in 1936, the portrait was bought by the American collector Henry Pulitzer, who placed it in a bank for storage. In 1972, Pulitzer published a book in which he claimed that the author of the painting is Leonardo da Vinci. However, the publication did not cause much resonance. When Pulitzer died, in 1979, Mona Lisa Iselworth passed into the ownership of the Swiss Foundation.

The fact that Leonardo painted the same picture twice, experts explain the artist’s tendency to replicate his work. Despite the endless disputes and discussions between curators, artists, specialists and art lovers about the authorship of the picture, the woman’s mysterious smile and her eyes looking without hesitation, of course, only moles can be created by da Vinci’s genius.