Vincent Van Gogh may have suffered from bipolar disorder

HAGUE. Dutch artist Vincent Van Gogh may have suffered from bipolar disorder and had a borderline personality. Scientists consider the most likely combination of these factors, under the influence of which the artist first cut off his ear, and then committed suicide. This was discussed by participants in a two-day discussion on the state of health of the great artist. 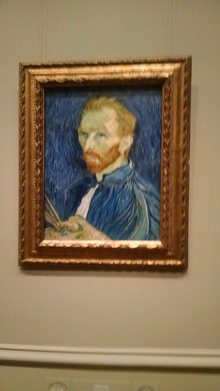 Art historians and medical experts took part in the discussion, in particular, well-known psychiatrists, who once again analyzed the available information and medical reports about the Dutch master’s health status. The event is dedicated to the On the Verge of Insanity exhibition at the Van Gogh Museum. “We agreed that today it’s no longer possible to make a final conclusion about his illness,” says Louis van Tilborgh, senior fellow at the Van Gogh Museum in Amsterdam.

The purpose of the discussion was to find possible medical explanations for his mental state from the point of view of modern medicine. “Prior to the ear episode, he most likely suffered from borderline or bipolar disorder,” van Tilbo told AFP. The cause of the developed psychosis could be a combination of unfavorable factors: excessive consumption of alcohol, especially absinthe, poor and irregular nutrition, aggravated relations with Paul Gauguin, whom Van Gogh adored.

After the artist cut off his ear in December 1888, when there was a final break in relations with Gauguin, his psychotic episodes became more frequent. He returned to work, but was afraid at the same time that the attacks would return, and the fear increased after each episode.

The exhibition "On the Edge of Madness" is dedicated to the last 18 months of Van Gogh’s life, until his death on July 28, 1890. The exhibition features several very interesting exhibits, including a pistol, which, presumably, became a suicide weapon.