The Louvre presented a restored painting by Leonardo da Vinci 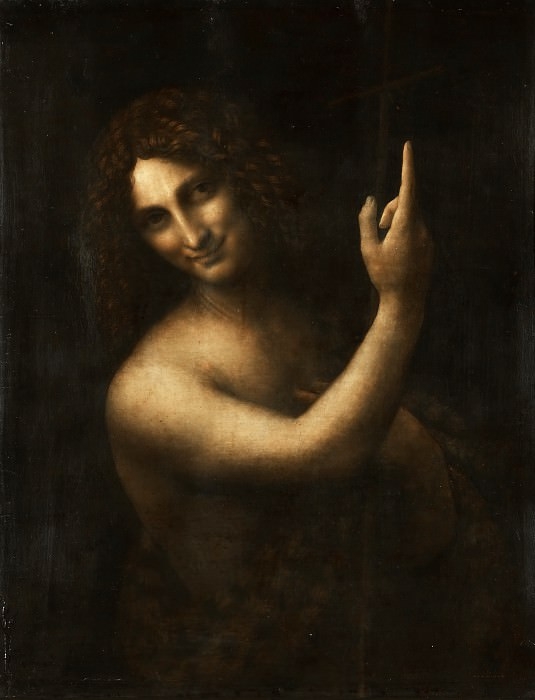 PARIS. After 10 months of restoration The louvre museum put up a picture again "St. John the Baptist" (St John the Baptist) one of the last works Leonardo da Vinci . The masterpiece took its place in the Grand Gallery of the Louvre, which is visited by about 9 million people a year.

The painting, painted in 1508-1513 and having 69 cm in height and 57 cm in width, was covered with 17 layers of varnish, darkened over time to such an extent that individual details of the image ceased to be distinguishable. Restorers removed the 15 upper layers. An analysis of the painting during the restoration showed that although the wooden board on which it is painted is in good condition, cracks formed in some places in the paint layers due to the peculiarities of Da Vinci’s fine art.

The French public watched the process of restoration of the painting with great attention: during the previous restoration in 1639, the hand of John the Baptist was damaged. The process itself and how much it is necessary to remove the protective varnish from the painting were hotly discussed in the press. "St. John the Baptist" was the third painting by da Vinci, restored in the Louvre. It is possible that the next in line for restoration will be Leonardo’s most famous work - Mona Lisa.