"Van Gogh. With love, Vincent" - a film painted in oil on canvas

A great biographical film (actually a cartoon) is ready for rental, telling about the mysterious death of Vincent van Gogh. 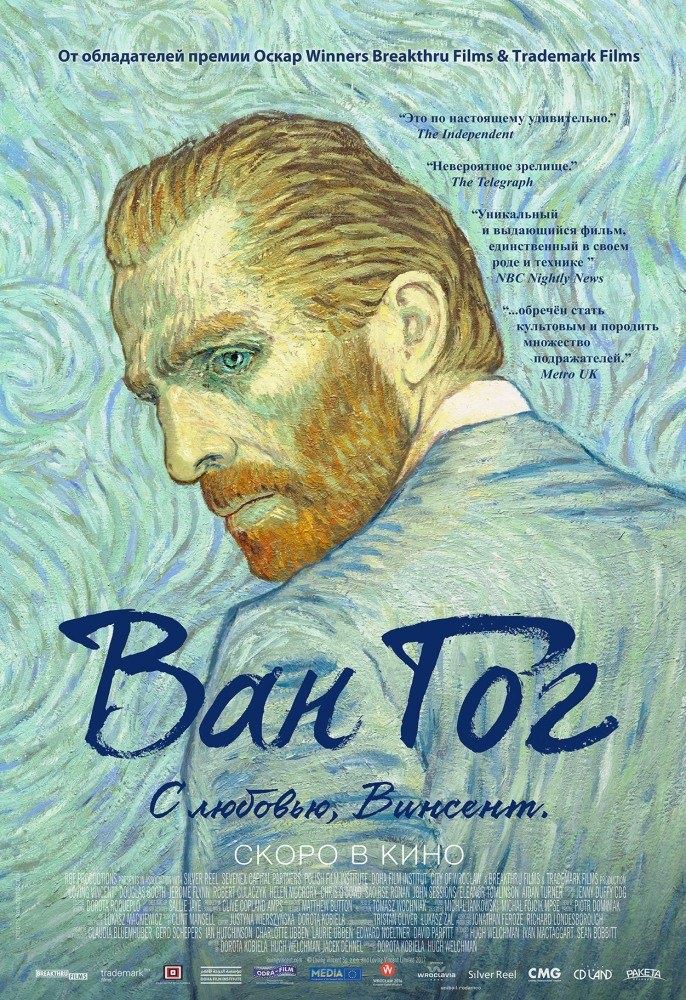 What happened in the flaming imagination of the iconic impressionist painter Vincent van Gogh? Before us is the result of seven years of trying to organize this biographical film project, offering to look into the wonderful mind of a revolutionary artist using the medium that he himself preferred - painting.

Artist Dorota Kobiela and filmmaker Hugh Welchman are the guiding forces for Loving Vincent. In the Russian box office, according to the Kinopoisk project, the film will appear under the name Van Gogh. With love, Vincent. " Loving Vincent is reported to be the first fully hand-painted feature film. On Monday, the first official movie trailer appeared on the Internet.

According to The Hollywood Reporter, the film is covered in mystery revolving around the sudden death of Van Gogh in 1890. The character, based on real events, Arman Rulin, serves as the narrator and pseudo-detective in the film, which studies Van Gogh and revises his most iconic works in search of a plausible explanation of the artist’s suicide.

Instead of reaching a clear conclusion, the film offers a complex portrait of a man whose mental health remains the subject of debate to this day.

The film was attended by 125 artists, who together turned 120 Van Gogh paintings into 65,000 oil-painted frames, forming animated animations. Work on the film was conducted in a special studio in Gdansk (Poland), which brought together artists from around the world.

“We can’t say more than our paintings,” Van Gogh wrote in a letter to his brother, Theo, shortly before his death. Thanks to the ambitious project of Kobiela and Welchman, the story of Van Gogh will be told in his native language.

The film will be released worldwide on September 22, in Russia it will appear a little later, in November.